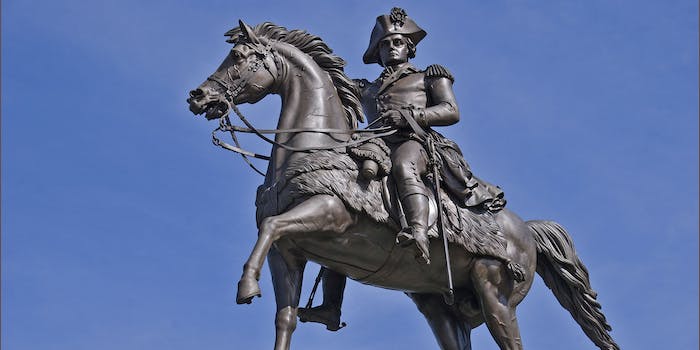 You see, politicians love to repurpose the words of America’s Founding Fathers to justify all sorts of things. And with so many candidates running for president in 2016, Oliver worried that there wouldn’t be enough badly doctored quotes to go around. So on Sunday’s Last Week Tonight, he streamlined the process and unveiled a new site: DefinitelyRealQuotes.com.

Now, at the click of your mouse, you can generate a random quote from a historically trustworthy source and voila! Your argument is valid!

Wow. Check out this definitely real quote from http://t.co/BWTat91Tb6! pic.twitter.com/Wmz7VzDG7v

“Because if quotes no longer have to be real,” Oliver joked, “they should at least be fun.”

People have been tweeting their results at the show, and they’re definitely inspiring:

In the immortal words of Benjamin Franklin, you need to check out this website.