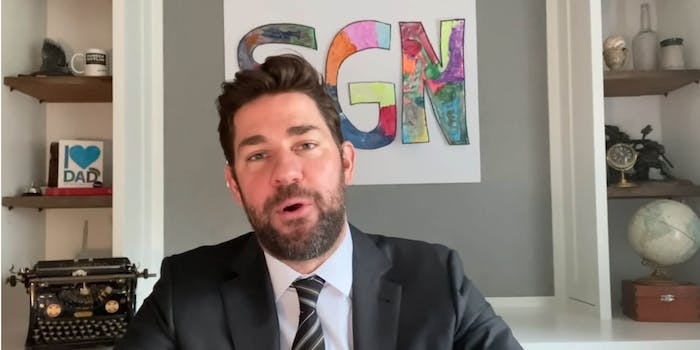 John Krasinski just wants you kids to have a good time.

John Krasinski has been doing his part during the pandemic, hosting a YouTube series called Some Good News, in an effort to balance the unceasing stream of bad news. On Friday night, he’s going to host a virtual prom.

Teens on TikTok have already proposed backup plans for canceled proms, and on Thursday Krasinski joined TikTok to announce he’s going to host prom for the class of 2020. Considering teens have been using The Office for promposals for years, this is on brand.

The invitation for the virtual prom notes “John Krasinski and Friends” so there might be some special guests or cameos. He’ll also be the DJ for the event, though it’s not clear what kind of music he’ll be playing for the teens (or Jack Ryan fans). But people are using this announcement to work out some other things.

The prom starts at 8pm ET.