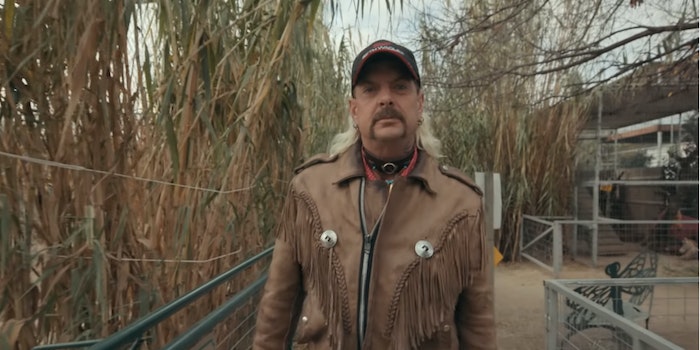 His legal team claims his murder threats were just 'jokes.'

Joe Exotic, one of the stars of Netflix’s Tiger King, is reportedly appealing directly to President Donald Trump in an effort to get a pardon, in the form of a handwritten letter.