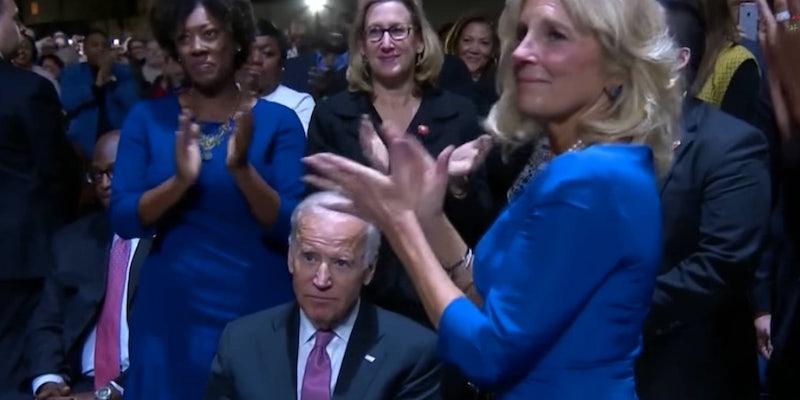 He did wonderful things for America—and for reaction GIFs.

There is really no arguing that Joe Biden has been our most GIF-able vice president ever.

Sure, you *could* argue that is because the graphics interchange format only reached mainstream adoption in the past decade, but even if it hadn’t, who would you argue for? Al Gore? Schuyler Colfax? Alben Barkley? Elbridge Gerry?????

No, none of them, even if they were elected in this era, would have had the same kind of mastery of the medium as Biden. Look at this guy.

Try and tell me Levi P. Burton could have pulled that off sitting next to Thomas Brackett Reed while Benjamin Harrison spoke about the Conference of Brussels in his 1890 State of the Union address.

No. Guy didn’t have the range.

(And don’t give me that “Harrison’s address was delivered to Congress as a written report so Burton couldn’t have done that even if he wanted to.” I already told you the guy didn’t have the range.)

Joe will always be number one and last night he went out with a bang.

During Barack Obama’s farewell address to the nation, the president called choosing Biden to be his running mate the best decision he made.

“You were the first decision I made as a nominee, and it was the best. Not just because you have been a great vice president, but because in the bargain I gained a brother.”

That is both friendship and governance goals.