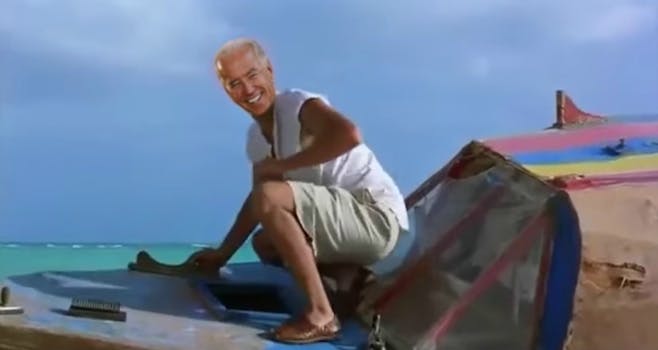 Barack Obama, Joe Biden get their own ‘Shawshank Redemption’ moment

In the last eight years, we’ve learned that Barack Obama and Joe Biden are the best of friends, the kind of pals you can only hope to find once in this lifetime, the type of buddies that inspire tons of hilarious memes and an emotional Presidential Medal of Freedom ceremony.

But what happens next week when the two leave the executive branch of government to Donald Trump? Will they still see each other all the time? Will they continue to wear their friendship bracelets? Most importantly, would Biden crawl through a river of shit so the two could spend the rest of their lives in near proximity?

Thanks to YouTube user Todd Spence, we now have an idea what could happen. Obama and Biden could pull off their own impression of Red and Andy Dufresne from The Shawshank Redemption and reunite in Zihuatanejo, Mexico.

Here’s what might happen five minutes after Obama leaves office on Friday.

It was OK to tear up when Red and Andy hugged on that Pacific Ocean beach in 1994. And it’s OK if it’s happening right now with Biden and his best buddy.