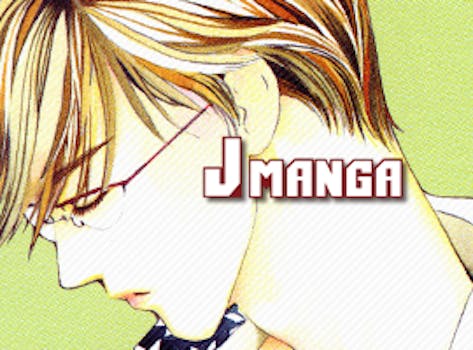 A popular manga site disappeared, with all of its customers' comics trapped in the cloud.

Fans and publishers of manga—Japanese comics—reeled yesterday when fledgling online manga publisher JManga abruptly closed its doors, leaving customers without any way of keeping the digital manga they had paid for.

The online-only publisher was considered a much-needed breakthrough in the beleaguered world of manga publishing. Its sudden failure is as troubling as it is puzzling to manga fans worried about the future of US manga publishing. It’s also a study in the pitfalls of restricting Digital Rights Management for works published and purchased solely online.

It is our regret to inform you that JManga.com will be concluding its retail and viewing services. All existing accounts and private information will be deleted without further notification.

The announcement informed users that all user accounts had been deleted early yesterday morning, and that all of the website’s content, including popular in-progress manga series which are currently only available through JManga, would be taken down on May 30.

In addition to the shock of JManga users who found themselves being offered Amazon cards as reimbursements for purchase points they had not yet used, the mangasphere—the community of bloggers and publishers who review, translate, and discuss Japanese comics and other international graphic works—had to grapple with the question of who, or what, could replace them.

Manga reviewer Sean Gaffney explored his own personal disappointment at the news, and pointed to JManga’s choice to host their comics on cloud servers as the true risky business behind the scenes, since it means that none of the users got to keep their purchases:

I sense if everyone waits for companies to give them downloadable PDF files, they’re going to be waiting a long time. Cloud is here to stay, whether we like it or not. That said, what’s the next company going to do? Because there will be others. Some smaller companies are already putting out their own titles, and Japan will likely try to find a way to do this again. Can they learn lessons from JManga, both the good and bad?

Digital manga publishers have largely been viewed as the much-needed alternative to a floundering print industry which has suffered extensively from the culture of piracy that exists around manga and anime culture in the U.S. Many fans feel that amateur “scanlations,” translated by fans and released online, are superior to the published editions of some volumes of manga. Even members of the mangasphere who support traditional publishing and advocate for legal reading only have expressed frustration at the way print manga publishers are often forced to discontinue quality series mid-run. Fans may still be able to find the rest of these kinds of series, scanned illegally, if they’re willing to turn pirate; and some reactions to the closing of JManga were painfully predictable: “This is why I don’t buy digitally;” “If you had pirated them, you’d have them.”

Despite the difficulties of licensing, unauthorized versions of manga, translation, and lack of fan support, many fans and members of the publishing community have embraced legally available manga again and again, only to face setbacks. In 2009 and 2010, major publisher Viz Media fired over 60 members of its staff. In 2011, Tokyopop, the biggest publishing name on the U.S. side of the manga community, closed its doors.

JManga, which opened in 2011 in partnership with anime site Crunchyroll, touted itself as a much-needed alternative–a globally accessible manga publisher which debuted series exclusively online that were unlikely to be translated and made available to U.S. manga readers otherwise. The general consensus seemed to be that JManga didn’t have a strong, core component of wildly successful titles—not like a Naruto or an Evangelion, for example—but it did have a unique concept and the goodwill of its core userbase.

…but for hardcore manga nerds who don’t just want to read a cheap digital version of Naruto, there was, and is, still some really interesting stuff there…. Their site gives the feeling of browsing through the bookshelves in Kinokuniya flipping through random titles from smaller publishers (Futabasha, Takeshobo, Mag Garden, etc.). For me,—and perhaps for anyone tired of the current state of print manga publishing where publishers only dare to print the safest titles—it’s a very satisfying feeling.

Thompson was harsher in an extensive rundown on the troubled state of the manga publishing industry written for io9 in January, calling JManga a site full of “second-tier” titles. He also highlighted what is likely one of the major factors in JManga’s subsequent demise:

Japanese publishers can’t decide whether to go after the the international digital market in a serious way, and while they’ve dicked around, scanlators have taken things into their own hands.

Just putting a few mid-list titles online isn’t enough; no matter how nice the reading interface is, VIZ’s shonensunday.com and sigikki.com can’t compete with thousands of titles on scanlation aggregators.

Neither, it seems, could JManga. “We regret that we lack the revenue to continue as a business,” they said in a simple tweet issued Thursday.  On Facebook, former Viz editor-in-chief William Flanagan was skeptical about the many attempts by the community to analyze what happened. “From the scant data on JManga out there, any opinion I could give would be pulled directly from my ass,” he said. “I really doubt anybody with less inside experience than I have could do any reasonable, insightful analysis.”

I am genuinely heartbroken to know that I will not be able to finish reading these series. To the credit of JManga’s often-criticized catalogue, I loved each of these just as much as any of my print favorites. Despite their apparent lack of viability in the English-language market, they were far from B-list titles in my book.