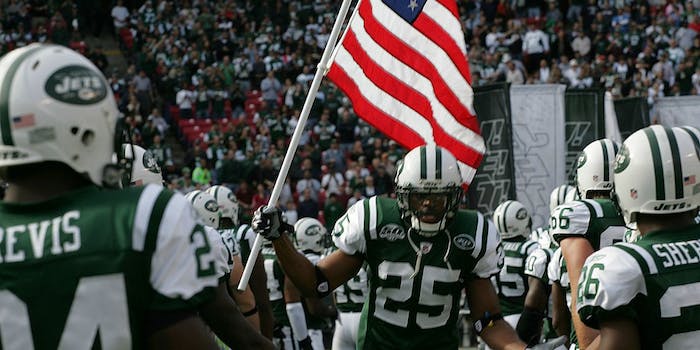 One of the players, though, fired back.

Though football coaches are some of the most paranoid sports figures on Earth, forgive them if they don’t expect to take heat from members of their own family.

Yet that’s likely what New York Jets tight ends coach Jimmie Johnson is feeling right now after his son—who was let into the postgame locker room Sunday after the team lost a tough game to the Eagles—took photos of players, posted them to Twitter, and talked large amounts of smack against the organization that employs his father.

For example here’s what Johnson’s son, who has since changed his Twitter handle and made it private, had to say about former starting quarterback Geno Smith (all of the images below were deleted but were saved for posterity by Yahoo Sports). 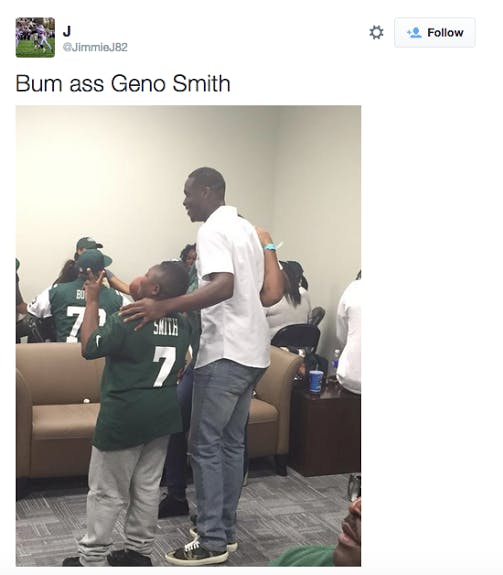 Johnson’s son also didn’t have nice things to say about veteran cornerback Antonio Cromartie, who later made it clear that he didn’t appreciate his attacker’s supposed expertise. 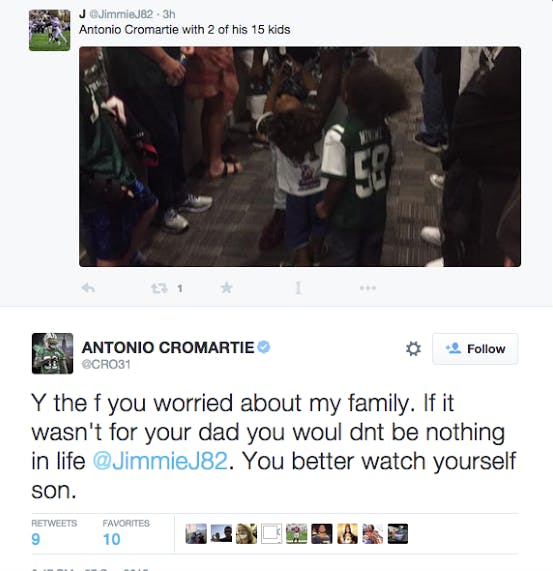 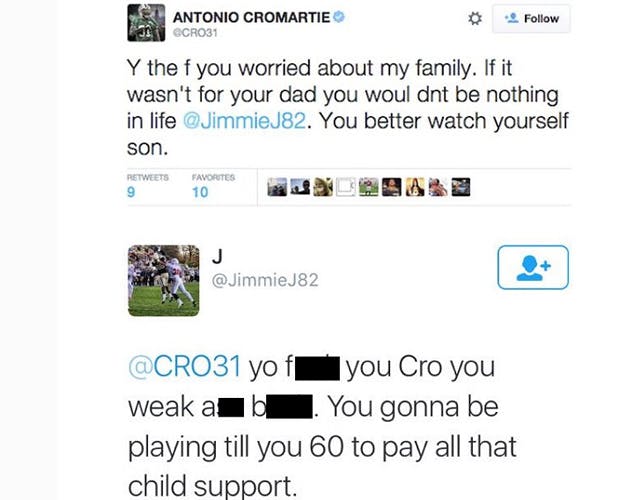 Later, though, Johnson’s kid apologized for the mess he had caused.

For the record, Cromartie is not planning to reciprocate the apology.

“People are constantly talking about me, and I never say anything. I am a father, and I love all my kids, and I will not allow anyone to disrespect them,” Cromartie told TMZ. “Again, you can talk about me all you want, but my kids are off limits. You just don’t play with people’s kids. His actions were unacceptable and hopeful[ly] he learned that.”

H/T The Big Lead | Photo via MarineCorps NewYork/Flickr (CC BY 2.0)