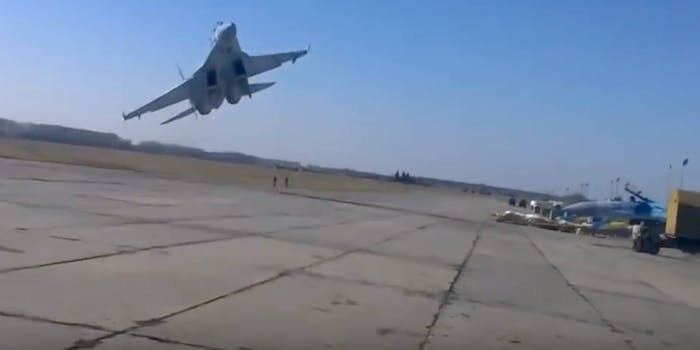 A little too close for comfort.

The SU-27, also known as the Flanker, is an incredibly impressive fighter jet, though it’s seen little in terms of combat; it’s basically just really fun for maneuvers. It cuts the horizon like the sharpest katana and is capable of startling low passes.

Check the altitude of this jet being used by the Ukrainian Air Force.

The person filming this is either just that used to the sound barrier-breaking swiftness of a jet coming mere feet from them or they’re literally fearless. Close call indeed!