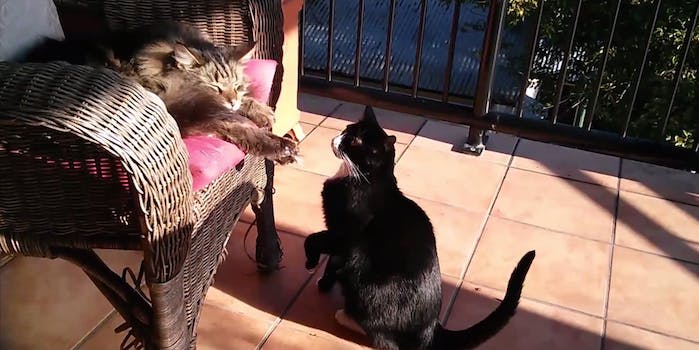 It's all on camera—with its own soundtrack to boot.

Cats are pompous jerks. We know this, we accept this, and yet we let them into our homes and hearts regardless. But a cat can be just as cruel to its own kind as it is to its humans.

Take, for instance, the cat owned by Reddit user duxa. In the video below, the cat spots her prey—a sleeping Maine Coon with whom she normally gets along—and plans an attack.

Was there a reason for this bout of assholery, or did the black cat just enjoy watching the Maine Coon fall into a sneezing fit?

Regardless, that Maine Coon should have known better than to fall asleep. It was making itself the perfect target.