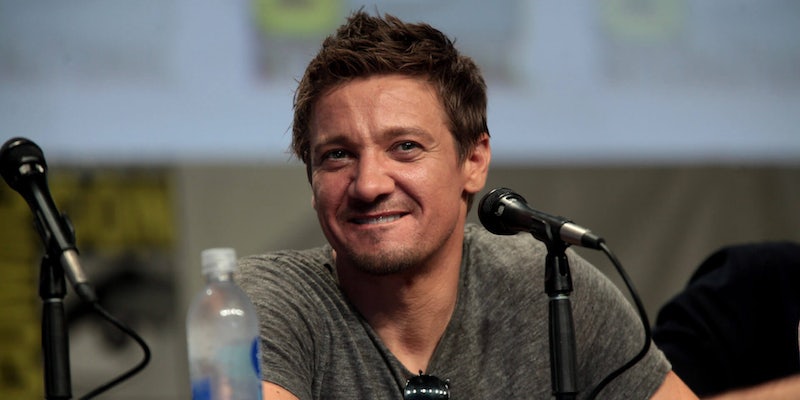 The Jeremy Renner app was like if he were the only person using Instagram: a constant feed of updates about his career and private life. The Verge reports that it was a wholesome place for fans to stay up-to-date with the actor and musician, and interact with him as well as other fans. That was until the trolls took over, of course.

Renner created the app, which was free to download, in 2017 so that he could connect with his fans more directly. In order to interact with Renner’s posts–beyond liking and commenting–users were able to purchase “stars,” which established a leaderboard of top fans for each post. The more stars a user gave a post, the higher their position on the board, which increased their likelihood of being noticed by Renner and receiving a generic greeting from him. You get the picture.

Renner announced he was shutting the app down on Wednesday after trolls were impersonating him and making it an unwelcome place for well-intentioned users.

In a “goodbye” post, Renner wrote, “The app has jumped the shark. Literally. Due to clever individuals that were able to manipulate ways to impersonate me and others within the app I have asked ESCAPEX, the company that runs this app to shut it down immediately and refund anyone who has purchased any stars over the last 90 days. What was supposed to be a place for fans to connect with each other has turned into a place that is everything I detest or won’t condone.”

According to the Hollywood Reporter, the troll activity included someone impersonating Casey Anthony–among other “controversial” names–and making offensive comments.

“Hey Jeremy Renner. I am your biggest fan. So was my kid. Hope you see this,” the troll wrote, impersonating Anthony, who was notoriously accused of killing her child in 2008.

The Jeremy Renner app had already been on the receiving end of criticism and jokes for several months.

I met my wife on the Jeremy Renner app

In the past few days the Jeremy Renner app has turned into the darkest corner of the internet pic.twitter.com/SuywxqLx7m

It is with a heavy heart that I must announce I have been banned from the Jeremy Renner app for this post. pic.twitter.com/uRFkwAcHjN

Remake THE SOCIAL NETWORK about the Jeremy Renner app

The Jeremy Renner app is pure chaos I can’t get enough pic.twitter.com/OLmlPRxWlQ

Renner ended his “goodbye” post by thanking his fans, saying that he would see them later on Facebook, Twitter, and Instagram. RIP to the Jeremy Renner app, a well-intentioned place never meant to survive in this cruel, cruel world.