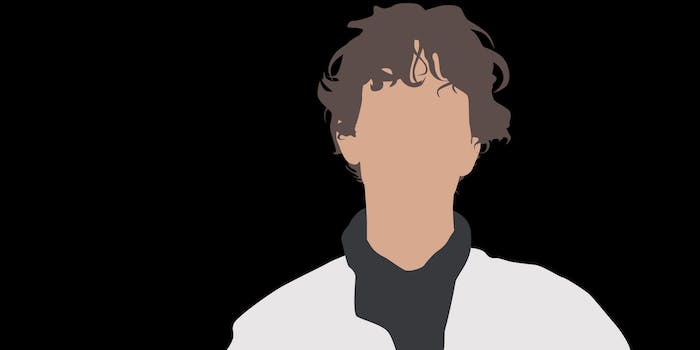 Last week Hector Xavier Monsegur, cofounder of the Anonymous offshoot AntiSec, received time-served and one-year probation for his “extraordinary” cooperation with federal investigators. Reacting to the news on Monday, imprisoned hacktivist Jeremy Hammond released a statement ridiculing the U.S. government for what he called a “disgusting spectacle.”

“I was condemned to the maximum prison term for having committed ‘mass mayhem,’ while Sabu received the most lenient of all Anonymous-related sentences for embracing ‘good, not evil’,” Hammond said. “Hugs and high-fives all around as Judge Preska saluted Sabu for having betrayed his comrades and his ideals, preventing hundreds of cyber attacks, and helping the FBI catch their ‘most wanted cybercrime target’.”

Hammond, 29, was arrested in March 2012 for a series of cyberattacks that targeted government and corporate systems, both foreign and domestic, under the name of AntiSec. Unbeknownst to Hammond, his closest partner, Monsegur, also known as Sabu, had for nine months been operating under the close supervision of the U.S. Federal Bureau of Investigation (FBI) as an undercover informant.

The FBI pieced together Hammond’s identity over a period of several months by examining his interactions with Monsegur. He’s currently serving the remainder of a 10-year prison term in Manchester, Ky.

At Monsegur’s sentencing, prosecutors seeking leniency claimed that Sabu helped authorities prevent numerous cyberattacks, and protected the water supply of a “major American city” and the network of an unidentified foreign energy company.

Prosecutors assert that Sabu’s cooperation prevent ‘over 300 cyber attacks,’ but not once during my involvement with Anonymous were any of my attacks stopped despite the FBI’s full knowledge. To be fair, while breaking into a few targets I noticed attempts to lock their systems down, but I had owned and backdoored each target so thoroughly that they were unable to protect themselves (demonstrating the futility of the defenses of so-called security professionals). Other targets the FBI never bothered to notify at all—they sat by and watched them being owned one after another.

Hammond continued by describing his use of a security exploit that allowed him to quickly “own” servers using Plesk Web hosting software. When Monsegur was unable to acquire this vulnerability for himself, Hammond said, he scanned the Internet and identified lists of foreign government systems that could be breached using the exploit.

Hammond’s statement goes on to describe Sabu’s cybercrimes as a “blatant espionage plot” and accuses the FBI of withholding evidence from the public that would put the agency in an ill light:

Because evidence was withheld (Sabu’s interviews and statements with the FBI) or under a protective order (chat logs), it is unknown what they ended up doing with these backdoors. What is clear is that the U.S. cybersecurity agenda is less interested in preventing attacks on our own soil than they are using the skills of rogue hackers to spy on valuable intelligence targets.

Anyone involved in hacking and direct action, Hammond said, should be fully prepared for the worst case scenario if they are caught. “We must continue to reject excuses and justifications that make it acceptable to sell out your friends and become a pawn of cyber-imperialism … Not even halfway through my time, I would still rather be where I’m at: while they can take away your freedom temporarily, your honor lasts forever.”

Hammond’s statement concluded by mocking the government’s attempts to disrupt Anonymous and discourage others from engaging in hacktivism. “CEOs and cops are still getting dox’d,” he said. “Websites are still being defaced, and stolen databases are still being plastered all over the Internet.”