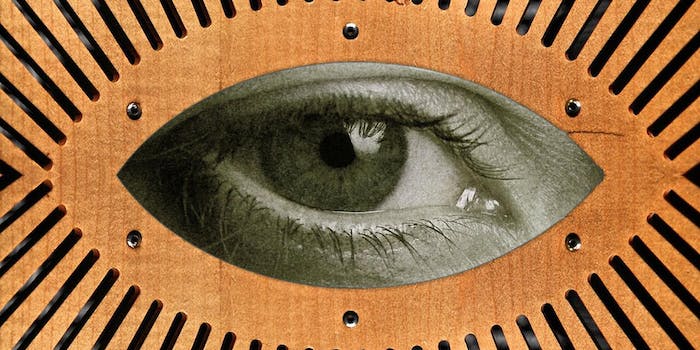 Trying to connect the dots might do more harm than good.

Jerad and Amanda Miller, the married couple that allegedly went on a shooting spree in a Las Vegas Sunday before killing themselves, were named by officials on Monday, one day after carrying out their attack. And in the hours since the Millers were identified, members of the media and the public have been logging onto the couple’s Facebook and YouTube channels, attempting to discover anything about the suspected murderers of two police officers and a Wal-Mart shopper.

Outlets like Mother Jones found a few vehemently anti-government Facebook posts, a love of the Second Amendment, and a serious admiration for the patriot movement’s unofficial mascot, Cliven Bundy.

But what did all of this cyber sleuthing really unearth?

It seems that many of the young, high-profile killers in the last few years have shared something in common with most Millennials: a well-documented love of social media. Since news organizations and individuals are scrambling to piece together information that they can get right at their fingertips following a news event, these social media accounts have provided us with unprecedented access to people who attempt to live in infamy.

Even while the actual manhunt continued for Boston bombing suspect Dzhokhar Tsarnaev, Internet sleuths were conducting one of their own. After initial reports that Ryan Lanza was a suspect in the Newtown school shootings, Lanza took to Facebook—where his photo had been pulled—to proclaim his innocence (the suspect was actually his brother, Adam). People struggled to understand how Aurora shooter James Holmes could have left no social media clues. Elliot Rodger certainly left behind a clear-cut trail.

People want answers for these senseless killings. They need to understand why this happened, to take away a fear that it could’ve happened to them.

But when talking with forensic psychiatrist Park Dietz for The New Yorker, writer Jay Caspian King found that doing immediate, untrained analysis can perpetuate false information and skew our priorities. Rather than focus on the root of violence and how we can stop it moving forward, trawling social media only leads us to attempt to reconstruct an individual’s identity in the wake of the carnage they created. It’s an accessible way to cope with tragedy, but it doesn’t really tell us, or do, much. Instead, we end up fixated on the digital identity of someone that we will never understand, or speak or tweet to. We will never get a “why,” so we create one.

It is a practice unfortunately perpetuated in the media. Thanks to a lightning fast news cycle, public Facebook, Twitter, or even Instagram accounts (Tsarnaev’s Rolling Stone cover was an Instagram selfie) can be the easiest way to report on a story when details are still scant.

But the implications are harmful. Recovering information that we present on social media and reporting it as absolute truth, or asking others to draw their own conclusions based off of them, encourages a culture of amateur psychologists. Just see what a culture of misinformation did even in the pre-Internet days, following the 1999 Columbine shooting.

Though certainly many of the details left behind by Rodger and the Millers were disturbing, let’s let the professional investigation play out before we design or infer what could have caused someone to take multiple lives. We will never understand the Millers, so it’s high time we stop trying to.

Abby Johnston is a journalist, political junkie, music critic and Texan, but not necessarily in that order.This article was originally featured on Bustle and reposted with permission.