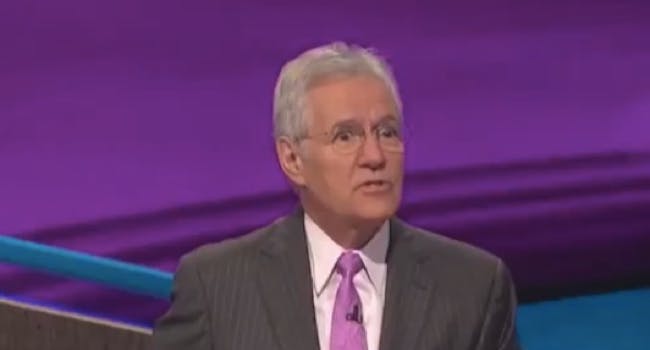 What does Steph Curry have to do to get some respect?

You may remember the Golden State Warriors from such moments as “winning the 2015 NBA Finals” or “being on pace to break the NBA’s single-season wins record.” They also have the league’s best player in Steph Curry, a talent so rare that basketball video games break when they try to represent him. But on Jeopardy!, the Dubs still get no respect.

To hear a basketball fan tell it, everyone’s jumping on the bandwagon for a ride with the most dominant team since the Michael Jordan-era Bulls. Everyone except Alex Trebek‘s panel of smarties from Tuesday night, that is. None of them could identify the Warriors’ Bay Bridge logo, even though the category was “California pro sports teams.”

Titi Ala’ilima, the player who airballed the $800 question, later apologized on Twitter and declared himself a Warriors fan.

Not much I can say about the Warriors thing, except the brain is a funky machine. I had the info but just couldn't get to it in the moment.

@warriorsworld I admit, this was my greatest shame of the night. One of those crazy brain-freezes that haunts you. Go, Warriors!

Titi went into Final Jeopardy with the lead but ended up losing on a poetry question no one got right. Meanwhile, the Warriors, playing without Curry, pulled out an overtime victory over Atlanta.