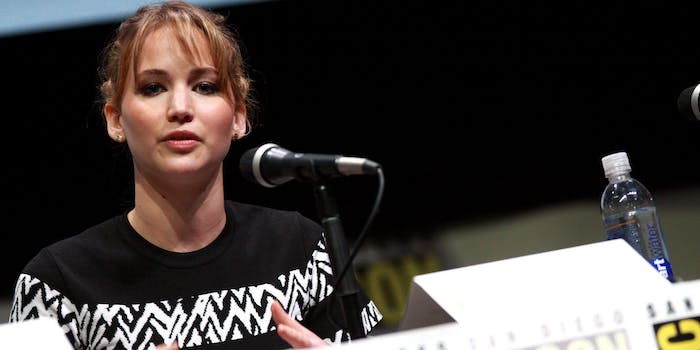 Just after breaking her silence on the celebgate attacks, Lawrence falls victim again.

No sooner did Jennifer Lawrence break her silence on Celebgate than she was attacked again. This time, the Hunger Games actress was targeted through her Wikipedia page, which was hacked to display naked photos of the actress that were leaked late last August.

Early Tuesday evening, Jezebel reported that the hackers replaced the main image for Lawrence’s entry with two nude photos that alternated for 20 minutes before being removed from the site. The main photo was quickly restored to one of Lawrence at Comic Con uploaded to Wikimedia Commons by photographer Gage Skidmore. 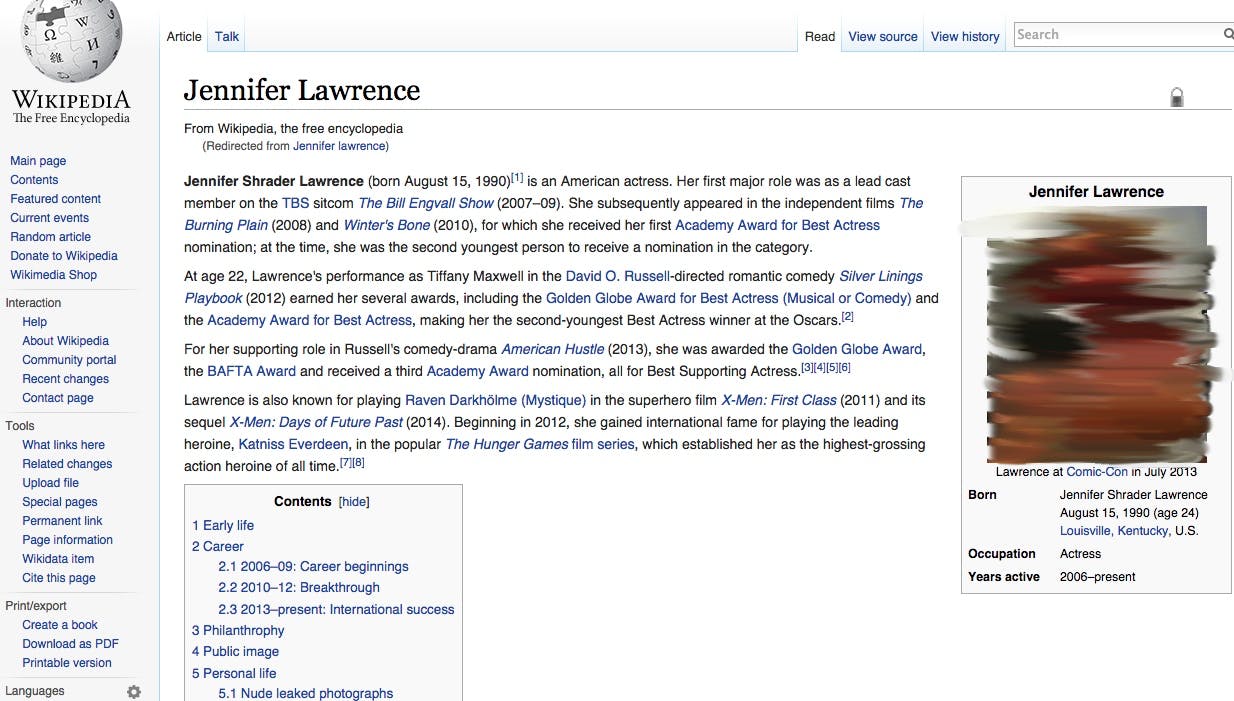 While it remains unclear who the edits were made by, Lawrence’s Wikipedia entry is semi-protected in an attempt to “prevent vandalism.” That means that to edit the page, a user has to be a registered user of the Wikipedia community. 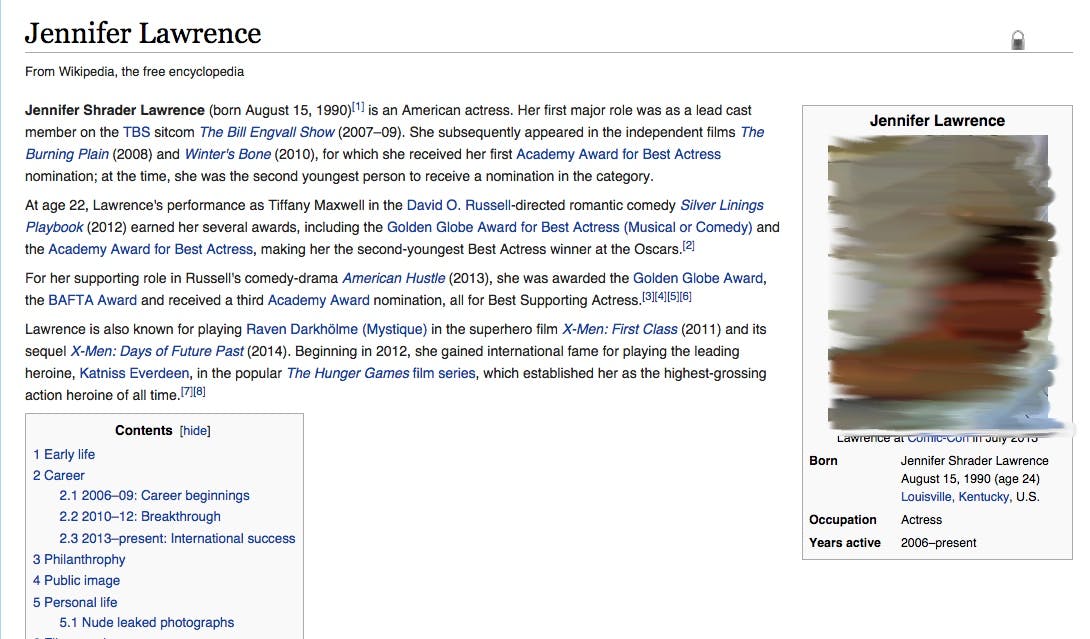 According to the bibliography of her entry, legitimate updates were made to the actress’ page on Tuesday to reflect comments she made to Vanity Fair about the leak of the nude photos that were taken for personal use. “It’s not a scandal. It is a sex crime,” the 24-year-old told the magazine before going on to hold Reddit accountable for hosting and disseminating the images.