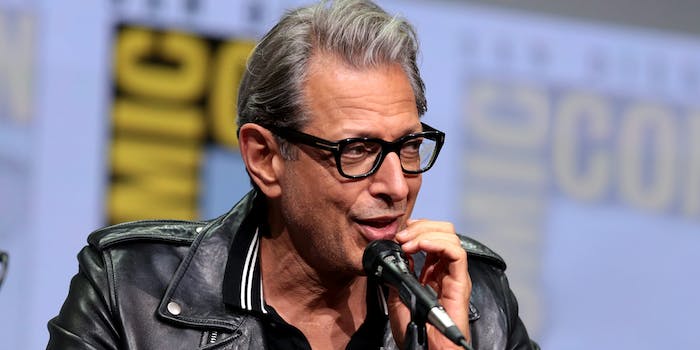 The meme reaches its peak.

“Steamed Hams” is one of the internet’s longest-running and most beloved memes. The original Simpsons bit is from 1996, and it’s still hilarious to this day. In case you somehow missed it, take a few minutes now to treat yourself to all its glory:

The meme might have reached its peak recently when Gamespot asked actor Jeff Goldblum to read the part of Principal W. Seymour Skinner during a press event for Jurassic World: Fallen Kingdom.

To add to the overall hilarity, after he, not surprisingly, totally nails the part, Goldblum sets down the script and says, “Hey, that was great. I like the writing, too. That was from what?”