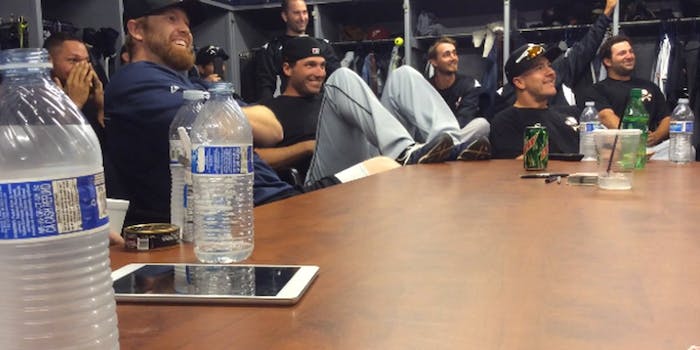 For a month, Jeff Francoeur’s teammates convinced him their pitcher was deaf

The word "idiot" is uttered a lot.

Jeff “Frenchy” Francoeur signed with the San Diego Padres last month, and he’s currently playing with the Padres’ minor league affiliate, the El Paso Chihuahuas. While getting to know his new teammates, they somehow convinced him that Chihuahuas pitcher Jorge Reyes is deaf.

The team collectively played along for a month. A month in which Francoeur somehow never caught on, despite many clues to the contrary, like a catcher talking to Reyes with his glove over his mouth.

A short film by teammate Cody Decker, titled On Jeff Ears, has been released to document the ruse. The film begins with his teammates wondering how he could be so clueless. But, perhaps Frenchy was really playing along and pretending to believe Reyes was deaf, to create his own sort of meta-prank? Either way, watch until the end.