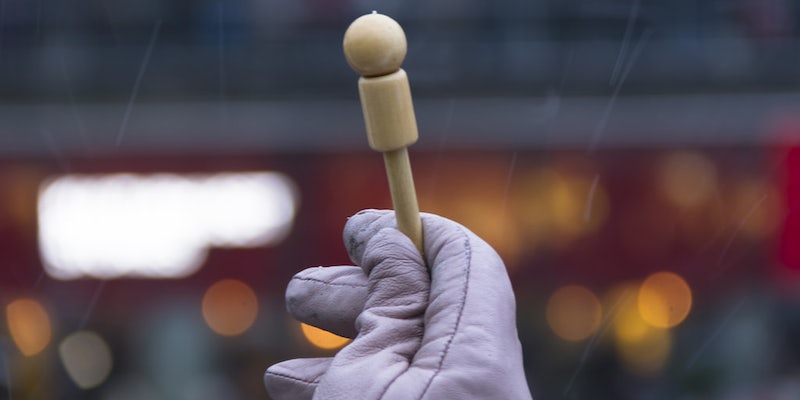 The problem with #JeSuisCharlie

Terrorism isn't justified—but neither is racism.

Hours after the Charlie Hebdo terrorist attack, well-meaning clarion calls against terrorism, as well as support for the victims and the foundation of free expression, went viral with the hashtag #JeSuisCharlie, translating to “I am Charlie.” In cities across the world, people gathered en masse in defiance of terrorism’s chilling effect on public assembly. Parallels can be drawn to the visceral outpouring of American public support to see James Franco and Seth Rogen’s movie The Interview following the threat of Sept. 11 style terrorist attacks.

For once, the American people and much of the free world seem united. How dare any entity, foreign or domestic, determine what I can say, write, direct, or view in the marketplace of ideas?

Franco, Rogen, and the cartoonists of Charlie Hebdo’s artistic expression may have been crass and controversial to some, but public response echoed the famous quote “I may not agree with what you say, but I will defend to the death your right to say it,” often misattributed to Voltaire. (In fact, the quote comes from a biography of the French satirist and writer written by Evelyn Beatrice Hall.)

And I can get behind that clarion call. Part of the beauty of the marketplace of ideas is that the public responds to the crass and controversial in such varied ways that our attitudes, beliefs, and behaviors shift in exciting, dynamic directions as the plurality of our democracy become known, and this should be free of coercive violence.

Part of that beauty of the marketplace of ideas is also the ability to condemn terrorism while critiquing the cartoons of Charlie Hebdo, in particular the depiction of the Muslim prophet Muhammad, within the context of French society. In that context, I contend that you may want to rethink saying #JeSuisCharlie.

In these cartoons, the sacred figure Muhammad is denigrated to the racist, Western trope of the Arab in the bazaar—he is a long-nosed brown man. The dark, long-nosed Middle Easterner is eerily similar to constructions of Jews in pre-World War II European propaganda. Moreover, he inhabits the Western view of Islam as patently authoritarian, violent and intolerant of speech; in one cartoon he says, “100 lashes if you don’t die of laughter.”

In a more telling cartoon featuring a Muslim and a Jew, the speech bubble says, “Must not mock” as it’s flanked by the title The Untouchables 2.This presupposes that in France, Muslims and Jews hold hegemonic, structural power through which they have the authority to create a chilling effect on expression.

Rather, the opposite is the case.

France, out of step with the Enlightenment ideals of freedom of religion and the separation of church and state, banned religious face coverings such as the burqa. The nation pitched this as a concern with security in the face of terrorism; however, the changing demographics of France suggest that the move may be more about xenophobic leanings and misplaced concern over the subjugation of women. Debates whether the burqa subjugates women in France ironically did not appear next to proposed bans on Louis Vuitton high heels—it appears that the French are comfortable with one argument for the objectification of women and not another.

Five years prior to the ban, the 2005 French riots saw mostly alienated Muslim youth take to the streets in face of lack of employment opportunities and structural discrimination, and France today still reveals anti-Muslim attitudes, with 63 percent of people claiming they do not think Islam is in step with French values.

These cartoons operate in this context of Muslim experience. Satire is most effective when it punches up toward power. We can think of Jonathan Swift’s A Modest Proposal, in which the heartlessness of the English colonizers is exposed through hyperbole as they suggest literally eating the colonized children of Ireland as a fix for poverty. In the case of Charlie Hebdo, we see the satirical outfit punching down at a frequent target of establishment France, a target that feels historically alienated, denigrated, and discriminated against.

Arguments exist in which Charlie Hebdo is equal opportunity in its critique, as they even satirize Christians. Christians, however, are not systematically discriminated against in the way that Muslims and immigrants in France are, through both through law and social perception.

Je suis Charlie? I’m not, no. I think the publication promotes xenophobia, racism, and Islamophobia. But I do believe that they should be free to be the Charlie they are and others can associate with their expression if they choose.

But I’m reminded of the meme of Morpheus from The Matrix where he asks, “What if I told you…” and then belittles your behavior.

What if I told you that you could condemn terrorism, support freedom of speech, and criticize racist schlock posing as satire? #JeSuisNuanced

This post originally appeared at the Good Men Project and has been reprinted with permission.