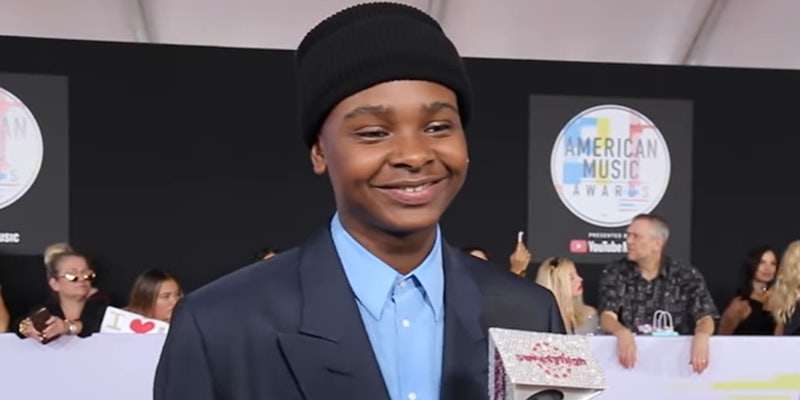 'An unexpected death IS EXPENSIVE.'

A debate sparked on social media after musician and content creator Jay Versace started a GoFundMe to cover funeral costs after his mother’s passing.

On May 20, user @aliyahInterlude tweeted, “Jay versace having to start a gofundme for his mothers passing is so heartbreaking considering the impact he has had on social media for nearly our entire adolescence.”

The GoFundMe campaign is in memory of Nikesha Dolly Gunter and has received over $56,415 as of publication, surpassing its goal of $30,000.

The viral tweet received over 130,000 likes and over 600 quote retweets as of publication, sparking discussion about the income of content creators and influencers.

Jay “Jay Versace” Gunter first blew up as a social media star on the six-second video app Vine, where he created comedic videos that gained him over three million followers on the platform. Since the death of Vine, Gunter’s content creation spread to other platforms, including YouTube and Twitter. He also began producing music, having worked with JID, Westside Gunn, and Tyler the Creator, with whom he won a Grammy for his work on the 2021 album Call Me If You Get Lost.

Several Twitter users argued that due to Gunter’s online celebrity, he should not be asking for money through a GoFundMe

“Not to be insensitive but… he’s a Grammy award winning producer.. he can afford to pay for his moms funeral .. no cap,” one user said.

“Because a celebrity can’t afford a funeral we’re supposed to help them? What does that celebrity do for us?” another user wrote.

It’s an illogical fallacy for celebrity to necessarily equate to being financed, especially something as costly and oftentimes unexpected as a funeral, as one user pointed out in response. “If you struggling she not talking to you duh. You can’t help nobody. Celebrity or not,” they said.

However, many viewers were appalled at the response to Gunter’s GoFundMe, noting that his follower count does not equate his finances.

“Ew at the amount of people saying hateful shit in the replies. An unexpected death IS EXPENSIVE. People sometimes throw their entire savings in just for a cremation. Fame does not equal riches,” one user wrote in a quote-tweet.

Others argued that Gunter’s inability to afford the funeral despite his social media influence and music industry success points to the lack of proper compensation for Black creators.

“He’s pumped out so much content, he’s a fuvking grammy winner, like it shouldn’t have come to this. i’m praying for him fr,” one Twitter user wrote in a reply.

The original poster @aliyahInterlude left another tweet in their thread, pointing to the pay disparity between white and Black creators. “white ppl do not have these issues!!!! pay black creatorsss!!!” they wrote.

This sentiment comes at no shock with reports of how black content creators, particularly on platforms like TikTok, have not been properly accredited and compensated for their work and contribution to the cultural zeitgeist. Forbes magazine was called out earlier this year for hardly including and recognizing black creators on their list of Top-Earning of TikTokers 2022.  Tai Saint-Louis reported for Black Enterprise how the absence of Black creators on the list highlights income inequality for people of color and the lack of proper compensation.

The Daily Dot reached out to Gunter for comment.