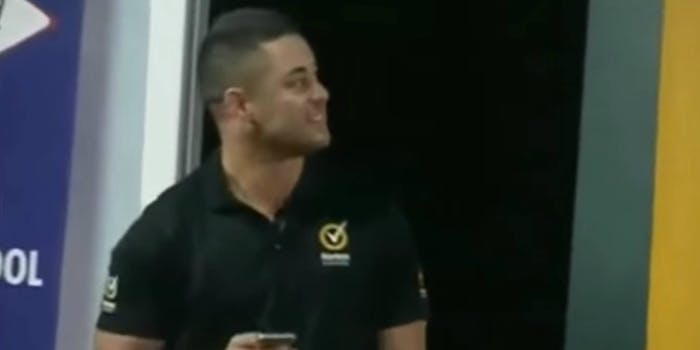 This was supposed to be an internet safety talk.

“During our Wi-Fi demo we had an open network that was available for anyone to connect to and someone had connected to the network and browsed to a site where the images were displayed,” Norton Security’s Paul Savvides, who was helping with Hayne’s presentation, told ABC.net. “I’ve just checked and the device … that did that was not Jarryd’s phone.”

Poor Jarryd Hayne: no matter how much evidence there is that it wasn't his phone, nobody is believing it

Those kids clearly learned a valuable lesson about cybersecurity—just not the ones Hayne had intended.