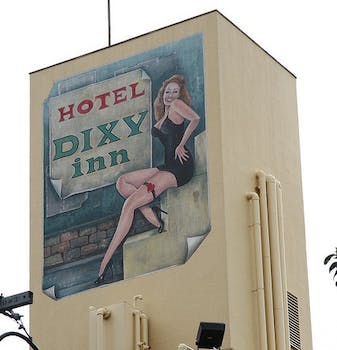 Two Japanese men found themselves in legal trouble this week after using Twitter to dabble in prostitution.

Two Japanese men found themselves behind bars after dabbling in prostitution and tweeting about it.

Police arrested Hidenori Nagai, 34, in the Fukuoka area after he allegedly acquired the services of a 14-year-old prostitute for 50,000 yen in violation of the Anti-Prostitution Law, according to the Tokyo Reporter.

While Nagai might have flown under the radar, he reportedly described the tryst at an Osaka love hotel on Twitter. Some followers alerted Kyushu Electric Power, his employer, which contacted police. Nagai apparently admitted to the crime.

Meanwhile, officers arrested Takuya Mimasa last week after the 35-year-old man used Twitter to solicit customers for a teenage prostitute. The alleged pimp was arrested for violating the same law as Nagai after he reportedly found 12 customers for an 18-year-old prostitute through Twitter in May.

“I did it to help her,” Mimasa said to police in his confession, notes the Tokyo Reporter. He apparently met the teen, who claimed to be in debt, on a message board in April.