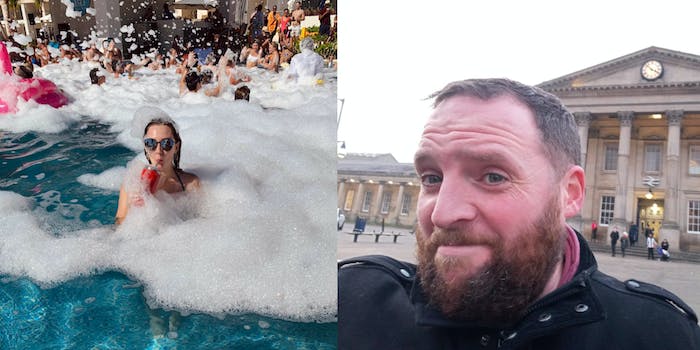 This meme shows off our blissfully unaware selves from January 2020

How naive we all were!

January was an optimistic time. The dawn of a new decade brought hopes of a restart. We tweeted #2020vision with goals and aspirations.

Well, we should have known. As the month progressed, reports about the coronavirus worsened. We lost a living giant. Kobe Bryant, his daughter Gigi, and six others were killed in a tragic helicopter crash. The world only slipped further and further into mayhem each day since.

Thankfully, social media has been there for us through it all. Since the pandemic began, it’s been a well of not just vital news and information but also light-hearted memes that excavate the small tidbits of joy remaining in this treacherous year.

Today’s meme of the day: “A photo of you in January 2020 without imagining what was to come.” The meme captures the dichotomy of our January blissful ignorance and our current delusion.

Canadian actress @KatBarrell posted a photo of her sipping a cold beverage at a foamy pool party, stating, “This may be the most blissfully unaware I’ve been in my whole life.”

Writer Kathleen Newman-Bremang posted a video from her January birthday celebration gone wrong. In the video, she is at a restaurant with a group as they, along with restaurant staff, sing “Happy Birthday” to her. She leans a little too close to her birthday dessert that’s topped with a lit candle, and her hair catches on fire. The video abruptly ends as screams ring out. “SHOULD HAVE CALLED THE YEAR OFF RIGHT THEN,” she aptly wrote.

The first posting of the meme, according to Know Your Meme, is credited to user @gabrielgranadoo, who tweeted out a photo of himself with a life-size statue of Dobby from Harry Potter on Aug. 11. “CHAIN A photo of you happy in January 2020 without imagining what was to come,” he wrote in Portuguese at the time. The challenge made its way to English-language Twitter on Aug. 29 after user @miguelAbueno partook in it with a photo of himself at the Huddersfield railway station in the U.K., captioning it in both Spanish and English.

But it was @Anna_R_Jones, who delivered a reality check.

“The problem with this ‘photo of you in January 2020 without imagining what would come’ meme is that in January 2020 we were writing a story a day about this new virus and many countries in Asia were already shutting borders. And no-one else was doing anything,” @Anna_R_Jones wrote.