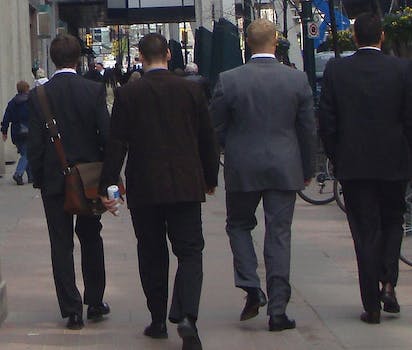 Women are rarely considered ‘players’, something that’s always annoyed me. Granted, it’s not a flattering term. But the notion that we are consistently the victims in dating—hapless pawns at the mercy of smooth-talking men—isn’t too flattering either. OKCupid is notorious as a haven for male players, men who aren’t interested in anything lasting and just want to play the field. Well, guess what? Women can be players too. I should know. I’m a recovering player myself.

As an online dater I’ve been through several phases, from “Wherefore art thou, Romeo?” to “I just want to meet new friends,” to “I’m so very tired.” But the one mindset that’s prevailed is: “I want to date as many men as possible.” Why? Because after ending a 14-year relationship last year, the world became a giant candy store. Because I live in a town teeming with smart, attractive, single men. Because it’s just plain fun.

I suspect that one reason many women fail at online dating is their expectations going in. We tend to size up every man we encounter for their long-term possibilities. Are they commitment-phobic? Do they want kids? Will they be faithful? Do they have herpes? Men, on the other hand, look at women and think two things: Do I want to have sex with them? More than once? It’s enviable, really. What a relief it must be to approach something so simply, rather than mapping out wedding budgets before you’ve exchanged names.

A couple of weeks on OKCupid found me inadvertently drifting to more male expectations. If the point of dating is to find someone you’re compatible with (arguable, actually), the only way to do that is to discover what doesn’t work for you. And the only way to find that out is to test a lot of waters. So I tested.

Coordinating dates with people online is a giant chess game. Due to the vagaries of response times and the frequency with which people check the site, it’s easy for potential suitors to overlap. One night, it’s so quiet you can hear crickets. The next, you’re juggling multiple messaging conversations. This is how one woman might find herself dating four men in one week.

It was a combination of timing and beginner’s luck, really. I had started conversations with several people on the site, and at a certain point in such conversations, you either discuss meeting in person or you move on. I just happened to have four of them converge at once. Which is how I found myself meeting Delightful David one night, followed by Guitar Goof two days later, Casanova Carlos later that same night, and Questionable Quentin two days after that.

I’m sure you have questions. Why did I continue to meet up with others if my date with Delightful David went so well? It’s called hedging your bets. David and I had a great time, but one date was a bit early to throw away the little black book.

And did I really go on two dates in the same night? Yes, I did. Guitar Goof was a dismal affair. It was immediately obvious to both of us that nothing was happening. There was so little chemistry that we may have created the inverse, a black hole of dates. During this trip into a wormhole of awkwardness, I received a text from Delightful David, saying how much fun he’d had on our date, which was pretty awesome. If you have to be on a boring date, hearing flattery from someone else while you are is hard to beat. And that’s when I heard from Casanova Carlos. Did I still want to meet up? Well hell, why not? Make hay while the sun shines, I say. I gingerly excused myself from Guitar Goof, citing children that needed rescuing from a babysitter (kids do come in handy), and walked to a bar down the street to meet Carlos.

Carlos worked out better. A few columns back, I ended with a reference to a fantastic kiss on a busy street. That was Carlos. He was charming and funny and smart and we spent a great couple of hours talking. We went out one more time and it fizzled after that, but I will always think of him fondly as the one who rescued me from a date wormhole.

And then there was poor, questionable Quentin. Why questionable? Because I’m still not entirely sure he wasn’t at one time a different gender. Not that there’s anything wrong with that. But in the middle of our second date in a crowded noisy bar, he either told me that his last relationship was with someone transgendered—or he himself was. I’m still not sure what exactly he was trying to say.

Did I feel a little duplicitous seeing so many men at once? I did not. It’s dating—that’s the point. Women have been getting the short end of the dating stick for centuries. We’re supposed to be chaste wallflowers who date, fall for, and marry one man, while men are expected to search and experiment and play. That’s simply bullshit. I’m sure I’ve been judged by some who watch from the sidelines. But 2012 was the most thrilling roller-coaster year of my life. I lived every moment of it. And I don’t regret a second.

In this first full week of 2013, I’m feeling a little motivational-speakery. If you’re a single woman reading this, resolve to make this the year you stopped waiting: for your knight in shining armor, for your soulmate, for someone else to complete you. For whatever it is that you think only the perfect man can provide. There is no perfect man out there. What there is is a whole lot of adventure.