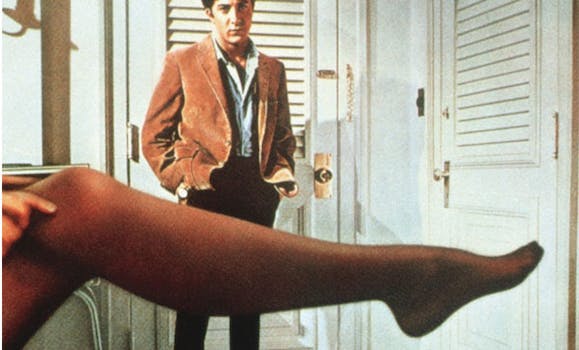 It's what Jane calls "The Educator Problem:" OKCupid young 'uns on a quest to be schooled by an older woman.

In the world of OKCupid, I am old. I don’t feel old; I feel fantastic. I don’t look old; I’m one of those lucky people blessed with looking-half-my-age genes. But no amount of genes can hide that number lurking beside your profile picture, especially if it starts with a four.

The good news is that it provides a de facto elimination of many jerks. If a guy immediately writes you off based on preconceived notions about age, you’re better off.

There is, however, what I call “The Educator Problem,” based on one of my friend’s oft-repeated comments: I’m not running a clinic. When you’re older, you’re likely to be more experienced in the, how shall I put it, amorous arts. Or at least you’re assumed to be. Which makes you the target of dozens of young men looking to be educated. 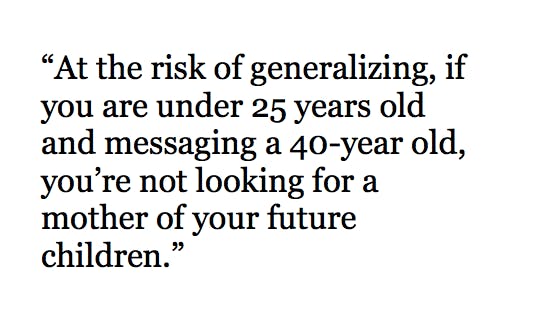 Because they’re men, they protest loudly if you call them on it and many attempt to brag about their sexual prowess. (If I read the phrase ‘make your toes curl’ one more time on OK Cupid, I’m going to set fire to something.) At the risk of generalizing, if you are under 25 years old and messaging a 40-year old, you’re not looking for a mother of your future children. And if you are, you probably do need some educating—about biological clocks.

I’ve had several 19-year-olds and one 18-year-old message me. It isn’t flattering; it’s unsettling. I never respond. But there was one who confused me so much, I had to reply. Here’s the thread for your enjoyment:

19-year-old: The Beatles
Me: You are *way* too young for me, but I have to ask – The Beatles? Huh?
19: Doesn’t bother me any, don’t see why it’d bother you ;) You talked a lot about ’60s music, and didn’t mention The Beatles.
Me: Because that’s bordering on a misdemeanor in most states, that’s why. And I was talking about 60s soul music, hence omitting the Beatles. [Refrained from adding, “Dumbass.”]
19: I’m legal, you’re legal, no misdemeanor.

Technically speaking, yes, he is legal. But the inability to look in the mirror for the rest of my life negates any legality. The fact that he doesn’t even grasp this concept is argument enough. You are 19 years old. Your mother and I may be friends on Facebook. Dear God, man boy, what in the hell are you thinking? I have no interest in teaching someone how to be a man. If you’re looking for pointers, I hear there are some welcoming legal brothels in Nevada.

However, I can’t sit too proudly on my high horse. I fully admit (anonymously, in this column that no one knows I’m writing) that I did skew young at a certain point in the past year. Look, I was a 40-year-old newly divorced woman on a tear. You do the math. I flirted briefly with 23, gave my phone number to 24, and full-on dated 25. 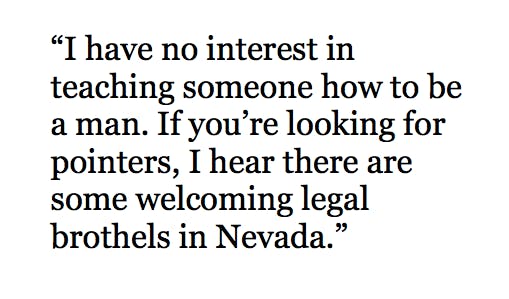 Once you’ve had your fun, though, you just can’t get past the age difference. Unless he is a seriously mature 25-year old, you’re likely dealing with someone who is selfish, fairly ignorant of a woman’s emotional needs, and unable to relate to jokes about Schneider on One Day at a Time.

So you start to skew a little higher. You edge into the 30s. And you find men who are a bit more mature. A bit more adept at saying what they think you want to hear. And, most of the time, more interested in the richer thrills beyond the cheap ones. That’s the crux of it, really—what, God help me, our parents likely tried to teach us at some point. There is fun to be had out there, without question. But at a certain point, your brain and your heart step in to take you somewhere much more interesting.