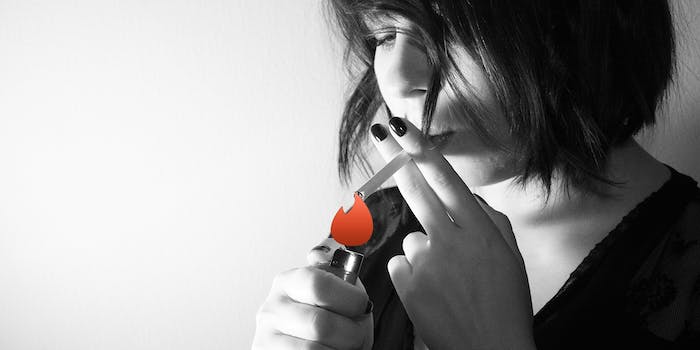 After one successful date, don't sit around waiting for date No. 2; test the waters and ride the wave.

Although I finally broke the seal for a successful first date with the Hipster Bassist, our busy New Yorker schedules meant that we had to wait a month before our second date.

“Great! I’ll get some time to myself,” I enthused. Luckily, I was enthusing to my friend, the Dating Veteran, who immediately struck me with the back of her hand. No, I’m kidding. But she did give me a glare that stung like a backhanded slap to the face.

“He’s not your boyfriend!” she said sharply.

I shrugged. “I know that. I’m not asking him to call or check in with me every day…” I trailed off when I noticed Dating Veteran’s slapping hand starting to twitch. “Ok, fine. What am I supposed to do, date more?”

“But it’s so hard,” I whined. “And I finally met someone I like, so can’t I just see where it goes?”

She shook her head and explained. “He’s a safety net. You know you had a good time. You know you’re seeing him again. So you’re going to relax, be as picky as you want with the new guys, and get more dates out of this. You’ve gotta ride the good date mojo!”

I nodded slowly as I processed what she said. Maybe online dating really would be more fun, now that I had a good date under my belt (metaphorically speaking; Hipster Bassist did not get under my belt on the first date). Dating Veteran was an evil genius. Thank goodness she was on my side.

I was interested in trying Tinder, a dating app that merges the superficial fun of judging people based solely on looks with a comforting double-blind system that only allowed people who liked each other to send messages.

And once I got going, Tinder was incredibly addictive. A picture would load on my phone screen with the person’s first name, age, and number of Facebook friends and interests that we shared (the ghosts of pages I’d “liked” ironically came back to haunt me). If I thought a guy was hot, I could instantly flick his picture to the right, adding to my imaginary “keep” pile of men. If I wasn’t interested, I’d swipe to the left, and he’d be gone. It was fun and surprisingly empowering.

Adding to the fun, matches and messages arrived frequently. There was a delicious sense of victory when I liked a guy and immediately received a pop-up screen congratulating us for finding a mutual match. It was like completing a new level in a video game.

I got so spoiled that I’d feel surprised when I chose someone and didn’t receive instant affirmation. It seemed to work in cycles, and I started to wonder if I was somehow more attractive on Sundays and Wednesdays.

A slightly more logical friend surmised that the app accumulated people who chose you in the voting queue. So if you didn’t log on for a few days, you should end up voting on all the people who had already chosen you. I was too much of a Tinder junky to put that theory to the test.

After a while of gleefully making superficial decisions only, I realized that I could tap on each person’s photo for more info when I wasn’t entirely sure if a guy belonged in the keep or discard pile. In his profile page, I could read a tagline he wrote, view the specific shared interests and friends, and check out additional pictures. Without conscious thought, the different types of shared interests formed a hierarchy in my mind:

Flight of the Conchords = Good sense of humor (plus one).

The Princess Bride = A romantic soul (plus one).

The Year of Magical Thinking or All the Pretty Horses = Literate with great taste (plus two).

Humans of New York and cool startups like Sidetour = Plugged into the same networks and interests that I am (plus two).

Interests like Lady Gaga and Bluefly left me confused but determined to stay open-minded. After all, there are no rules that straight men can’t like pop music or shopping sites. My internalized political correctness made me overcompensate by tossing all the borderline guys with one of those interests into the keep pile (unsure if this is a plus one exactly, but at least they got a chance).

Shared Facebook friends were an even richer treasure trove of information. Even though Tinder only provided the first name of each person, it was easy to visit a shared friend’s page, search their list of friends, and find my potential suitor’s full name, public wall posts, and shirtless beach pics (summer + smartphone proliferation x cultural obsession with oversharing on social media = more honest pictures than some people post on their dating profiles).

It didn’t stop there. Armed with full names and a willing wi-fi, I’d proceed to Google the heck out of these poor innocent (until proven guilty) men. It’s a good thing Snowden is already on the run, or he might have found cause to expose my intrusive Internet activity!

In some cases, the fact of the shared friend itself sent me a strong message. Remember Hipster Superman from the polyamorous writing group? We were Facebook friends (hey, hot is hot, don’t judge me). So I assumed that anyone who showed him as a shared connection might have kinky predilections, too. Read: Proceed with caution.

Between the addictive game-like quality of the app and my espionage activities, I was spending a lot of time just staring at a little screen instead of dating. Fortunately, the prophesied good date mojo kicked in, and suddenly my schedule was packed with some pretty promising plans.

One date was a first-generation Asian American, like me. We met and spent the evening laughing about tragicomic misunderstandings that arise from the childhood culture clash. There were stories about discovering that other families ate cereal for breakfast instead of 5-course meals in the morning, or bringing in a shoebox full of individually wrapped fortune cookies to school instead of cupcakes. We got along wonderfully, but there was no spark of romance.

On another date, I met a man who wasn’t my usual type physically. Instead of writing him off immediately, I relaxed and enjoyed the conversation. We ended up getting along so well that we spent 6 hours talking and made plans for a second date. Who knows where things will go?

I realized that good date mojo isn’t just a mystical spell cast on the single men of New York City. I actually had a good time meeting people online and going on those dates because I kept an open mind. And knowing I’d be seeing the Hipster Bassist again helped me do more than relax about dating; it made me really cool about it.

As a bonus for my good behavior, all that flirting and dating kept me too busy to worry about what Hipster Bassist was doing. So it was a nice surprise when he texted to say that he missed me. When he asked what I’d been up to, I just emoticon-shrugged and said, “Exploring.”