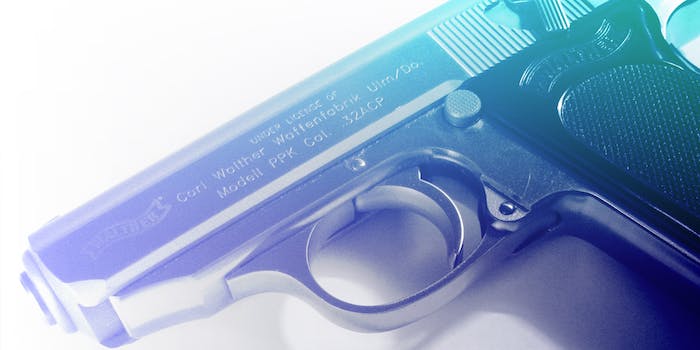 It doesn’t matter if James Holmes is mentally ill.

That’s what a jury determined this week while deliberating the case of the Aurora shooter. Convicted of a brutal massacre at a movie theater in 2012, Holmes’s parents tried to appeal to jurors by highlighting their son’s struggles with mental illness—in the hopes that this might help persuade them not to vote for the death penalty. The defense likewise drew attention to Holmes’s intensifying schizophrenia, which caused him to suffer severe delusions.

However, this evidence was not enough to help convince the jury that Holmes deserved any type of leniency, thanks in no small part to testimony of two court-appointed psychiatrists. They concluded that even though Holmes was mentally ill, he was still aware of what he was doing. Holmes’s mental state doesn’t mean that his actions don’t have consequences—both for himself and for a nation struggling with the gun control issue.

On the latter point, it’s important that we abandon our explicit association of mass shootings with mental illness and mental illness alone. This only serves to further stigmatize the mentally ill, who are more likely to be harmed by gun violence than involved in a mass shooting. That’s because we’ve been sold a lie, one that uses mental illness as a scapegoat for the problems of our nation’s gun-industrial complex.

We’ve been sold a lie, one that uses mental illness as a scapegoat for the problems of our nation’s gun-industrial complex.

Researchers at the American Psychiatric Association and beyond have determined that while most people who are mentally ill are not violent, between 1950 and 1996, the amount of Americans who automatically linked mental illness with violence almost doubled. From Silence of the Lambs to True Detective and Law and Order: SVU, the mentally ill are routinely portrayed as dangerous and terrifying. This, in turn, feeds back into the public perception of the mentally ill in real life, creating apathy and discrimination; it also takes funding away from treatment programs, while also discouraging those who really need treatment from seeking it for fear of alienation.

Mental illness has been expertly used as a distraction by the National Rifle Association, and the reputation that it has created is actively harming the mentally ill. This manifests most notably in cases of police brutality. Jason Harrison, a black man diagnosed with both bipolar disorder and schizophrenia, was shot dead by police last year in Dallas. His mother called the cops and told them her son was off his meds. She specifically requested that officers who had experience dealing with the mentally ill. As soon as the officers opened the door, they saw Harrison holding a screwdriver, which they mistook for a gun. He was killed almost instantly.

That the U.S. has more gun deaths than any other country in the world adds another disturbing layer to all this. How many other cases like Harrison’s are there? How many other men and women have been murdered because of our collective fears of the mentally ill?

Frighteningly, the latest findings suggests that the amount of mentally ill people shot by the police accounts for about half of all police shootings. According to an investigation conducted by the Portland Press Herald and Maine Sunday Telegram, “a review of available reports indicates that at least half of the estimated 375 to 500 people shot and killed by police each year in this country have mental health problems.”

But as Salon’s Natasha Lennard points points out, this study did reveal some troubling numbers outside of Maine, even without the help of national data. For instance, records in New Hampshire showed that 78 percent of people killed by police between 2007 and 2012 had mental health problems. In Santa Clara County, California, 41 percent of police shooting victims within a five-year period were mentally ill. In Syracuse, New York, 60 percent of people shot by police in 2011 were mentally ill. And in Albuquerque, New Mexico, 75 percent of police shootings from 2010 to 2012 involved a “mental health context.”

Taken in this light, we’re not just scapegoating the mentally ill—we’re launching an all out attack on them. There is a correlation between violence and the mentally ill in this country, but it’s not about mass shootings, it’s about police killings.

When it comes to mass shootings, it’s easier to talk about mental illness than to discuss the other factors at play. Dylann Roof is a racist and an avowed white supremacist, and this surely had more to do with his actions in Charleston, South Carolina, than his mental state did. Similarly, Elliot Rodger was an unabashed misogynist, and even when compounded with his mental health issues, it was that element of his personality which truly led to his rampage in Santa Barbara, California, last year.

Gun violence, sexism, and racism: These are true scourges on society. The mentally ill, on the other hand, are just a convenient excuse. We ignore them and demonize them; when that doesn’t work, we forcibly attack them through institutions like the police. Most of the time, mass shootings happen because the killer has an agenda. And while that agenda may be exacerbated by their mental state, it is the belief system of the shooter, not the mind that houses that belief system, which we should be worried about.

Somewhere, we got it all turned around. Our society and institutions are hurting the mentally ill, not the other way around.