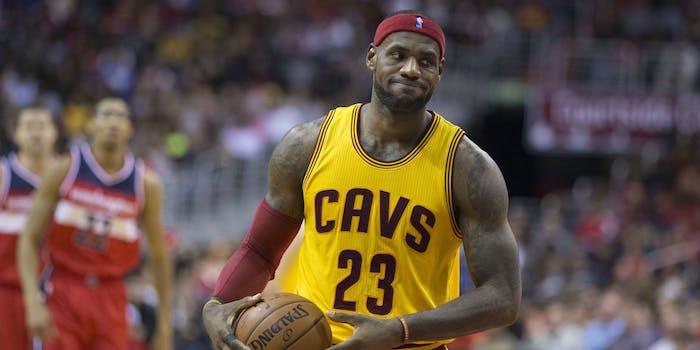 James Harden has been suspended by the NBA one game following a hotly taken kick to groin of LeBron James Sunday during the Houston Rockets’ 105-103 win over the Cleveland Cavaliers.

Harden had been double-teamed all night by James and James Jones, and Harden said the kick, which occurred during the third quarter, was an instinct-driven move. At the time it drew a flagrant foul 1. The third quarter saw 16 fouls called, and the game itself was a brutal clashing of elbows.

“Obviously that’s not a basketball play. Obviously the league will probably take a look at it. I have no idea why he would do that, but two competitors just trying to go at it and he won this one,” James said postgame.

Harden’s absence will come Tuesday as the Rockets, winners of five straight, travel to Atlanta and square off with the Eastern Conference-leading Hawks. Houston will have to do it without the NBA’s leading scorer.