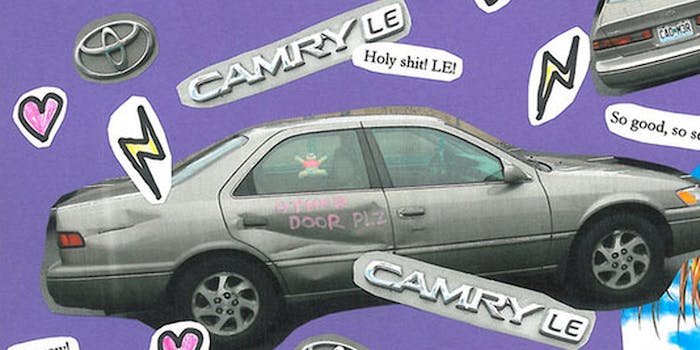 This is the best car ad in the history of Craigslist

Walsh, a St. Louis-based copywriter with a knack for DIY art projects, popped into the national spotlight last week when his Craigslist advertisement for a $1,500 Camry redefined what was possible in the world of online classifieds. 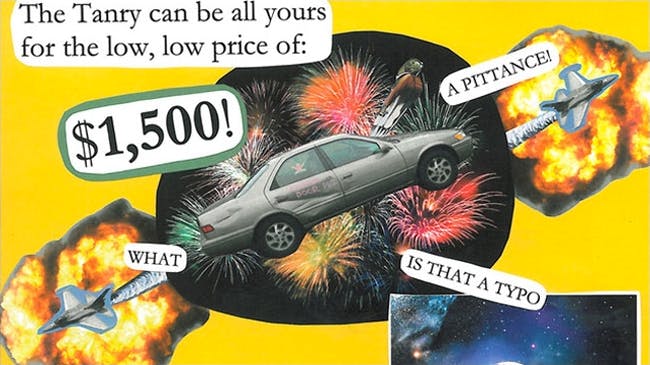 The listing, which is entirely outrageous and looks like it could have been put together by South Park’s Trey Parker and Matt Stone, got attention from such outlets as AdWeek and Jim Romenesko before being flagged and unceremoniously removed from Craigslist altogether. Walsh told the Daily Dot that the site offered no explanation outside of a reference to its robust Terms of Use page, which didn’t help Walsh one bit. 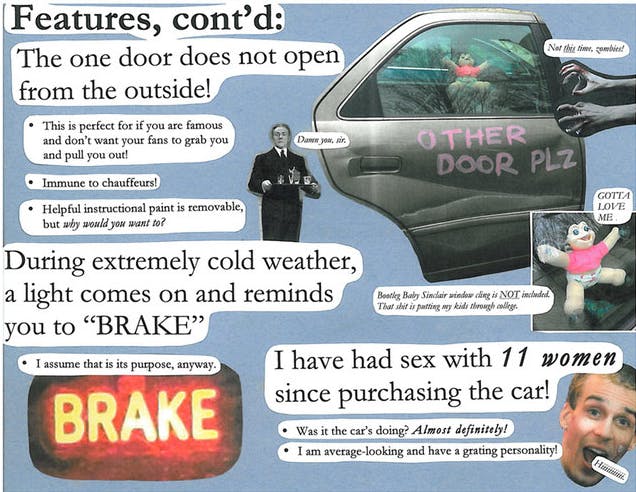 “I think that one of the exes featured might have flagged it,” he told the Daily Dot. “To be honest, I’m not really sure.”

Walsh placed headshots belonging to three of his ex-girlfriends in the ad. All three offer reviews of their experiences with the car. 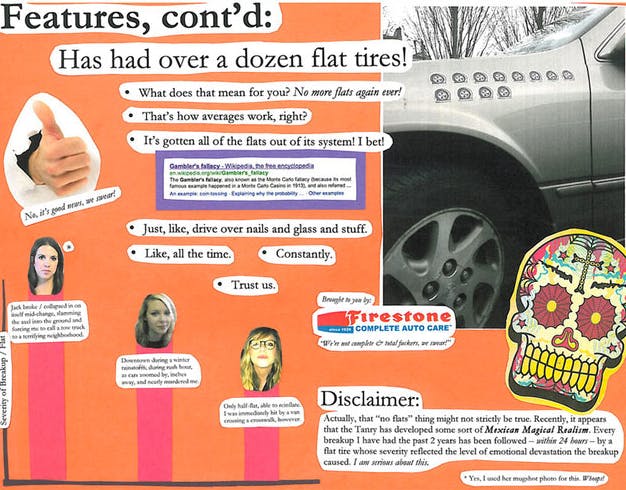 Craigslist reposted the listing on Thursday without warning, but it was back down again Friday—again, no explanation. No matter, Walsh said that he’s received enough interested phone calls that he feels he’ll be able to find a worthy suitor.

“It’s kind of become a process of narrowing it down to somebody who I think it going to use it and appreciate it how I would, in the spirit of the ad,” he said. “I’m thinking about putting together a competition between interested parties to drag this out a little bit longer and make it a little bit weirder.

“It could be anything from a talent show to a contest where people have to act out a short skit about the car, or maybe an Amazing Race thing where the first person to get here with the money gets the car.

“I don’t know. I just figure the ad’s so weird, it should have some weird ending too.”