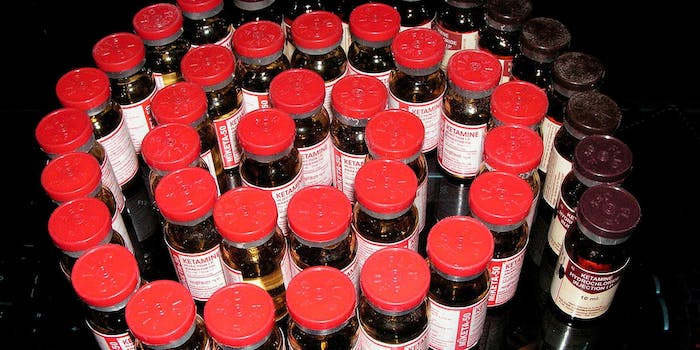 "I wouldn't be sitting here today if someone hadn't given me a second chance," the judge said.

When police raided Mehran Jahedi’s dorm room in 2012, authorities found drugs shipped in from around the world: LSD, ketamine, amphetamines, mushrooms, MDMA, mescaline, marijuana, all of which sat next to over $1,400 in cash earned at least in part from drug sales to students.

Everything had reportedly been ordered on the Dark Net using the Tor anonymity network.

Jahedi, now 20, had no prior trouble with the law. He was expelled from Bard College at Simon’s Rock due to the incident.

After facing 12 drug charges, including multiple felony counts, Jahedi had his case continued without a finding of guilt on Tuesday in Pittsfield, Mass., after District Court Judge Charles W. Groce III said he wanted to give the 20 year old a “second chance,” the Berkshire Eagle reports, just like the judge himself once received.

The District Attorney disagreed with the leniency.

“The defendant is a drug dealer. He was dealing a wide variety of drugs selling whatever people wanted. That’s what he did,” D.A. Daniel Hespeler argued, according to the Berkshire Eagle. He asked for a one-year jail sentence and two years of probation.

As part of his argument for a tougher punishment, Hespeler invoked the “staggering” scale of the international drug trade of which Jahedi was allegedly a part.

It’s unclear exactly which Dark Net marketplace Jahedi and the older student who allegedly introduced him to the business—but was never charged with a crime—used. Jahedi’s attorney argued that her client was the “fall guy” for the older student, known only as “Max,” but was not entirely “blameless.”

In 2012, at the time of Jahedi’s arrest, the most popular market was, by far, Silk Road, which was the dominante Dark Net drug marketplace before the FBI temporarily shut it down a year ago. (It has since resurfaced.) However, other markets such as Black Market Reloaded were doing good global business as well, meaning it’s possible that Jahedi may have found illicit merchandise somewhere other than Silk Road.

Before being expelled from Bard College, Jahedi dropped out of high school a year ahead of schedule to attend the college early and without a high school degree. He is currently enrolled at Boston Architectural College.