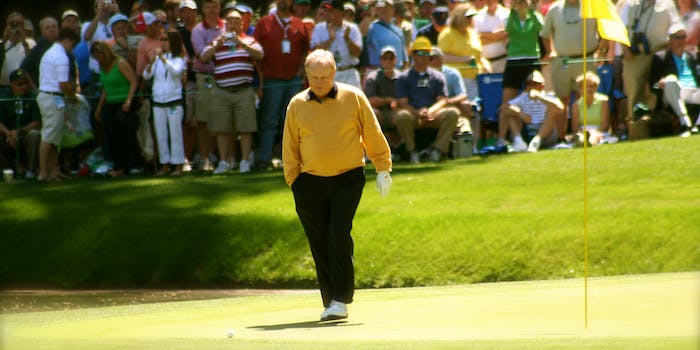 Jack Nicklaus hit a hole-in-one at the Masters

Many professional athletes, both past and present, have tried to predict what will happen in an upcoming game, but far few of them get anything correct past whether they’ll win. Golf legend and six-time Masters champion Jack Nicklaus called his shot, and even better—he made it.

The 75-year-old told ESPN’s Scott Van Pelt prior to playing in the annual Masters Par 3 Contest Wednesday that he would hit a hole-in-one. While it happens often enough in mini-golf, getting one with an actual golf course just never works out. Everything needs to go right for it to happen (and then add in some luck). But Nicklaus said he’d try to get one for “the folks at home.”

Nicklaus made it to the fourth hole on the golf course in Augusta, Ga., when his prediction came true. He took a swing, and even after years of playing the sport a shot like that probably never gets old for him or the crowd.

Photo via Torrey Wiley/Flickr (CC BY 2.0)