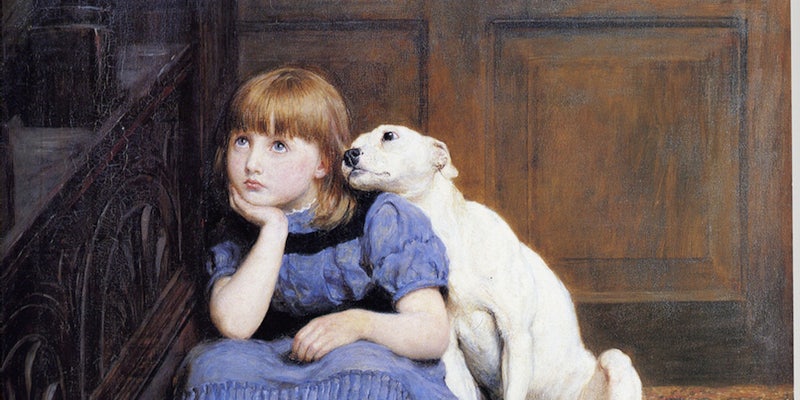 If you’ve ever posted some sad news on Facebook, you might’ve watched as the status received a few likes followed immediately by comments such as, “Liked for sympathy” or “I’m only liking this out of support.”

It’s not surprising that a gesture meant to stand on its own needs a little explanation when the post in question is negative rather than positive or neutral. “Like” is an odd verb to use when someone’s talking about their recently deceased pet or a crappy day at work, but a thread full of identical comments reading “Sorry to hear that” seems almost as awkward.

Many people still think of social networks like Facebook as places where people primarily share things like news about job offers and impending moves, BuzzFeed articles, and photos of food, babies, and animals. However, that view is out of date. Depending on your social circle, Facebook may also be a place to vent about health troubles, share articles about crappy things going on in the world, and seek condolences when loved ones pass away.

Commenting and “liking” may no longer seem sufficient as responses. Mashable writer Amy-Mae Elliot suggests a “sympathy” button as an addition to Facebook:

‘Sympathy’ is the perfect sentiment to cover what Facebook lacks. It can mean a feeling of pity or sorrow for someone else’s misfortune, and also an understanding between people—a common feeling. It would be appropriate for nearly every Facebook post that gears toward the negative, from sending ‘Sympathy’ if someone loses a loved one to saying ‘I sympathize’ if someone’s in bed with the flu.

Clicking the ‘Sympathy’ button would let your Facebook friend know you’ve seen his post and that he’s in your thoughts. And unlike the fabled ‘Dislike’ option, it would be difficult to hijack or abuse the notion of sympathy.

It’s not as snappy as a “like” button, and it doesn’t have an easily-recognizable symbol that can go along with it, but it would make it easier for Facebook users to engage with negative posts.

The “like” button isn’t the only way that Facebook’s design subtly encourages positive posts and discourages negative ones.

The “like” button isn’t the only way that Facebook’s design subtly encourages positive posts and discourages negative ones. Back in December, Facebook graced every user’s feed with a “Your Year in Review” post, which invited users to see what Facebook’s algorithms think their year looked like. Author Eric Meyer wrote about the “inadvertent algorithmic cruelty” of this feature, which (unintentionally) presented him with a photo of his young daughter, who had died that year. To add insult to injury, Facebook added a variety of cheery backgrounds to the image as part of the feature.

Presumably, Meyer had posted her photo and it garnered a lot of “likes” as friends shared their condolences. Unable to distinguish between joy and grief, the algorithm identified that photo as a significant part of Meyer’s “Year in Review.”

In his post, Meyer details some of the changes Facebook could have made to the feature to make it more sensitive to users who really, really don’t want to see their year in review. A sympathy button might have helped, too, in that the algorithms could automatically exclude any posts that had a high proportion of sympathy clicks as opposed to likes.

Regardless, the incident shows how Facebook is skewed towards a certain type of user—a user who is more likely to post about a new car than a lost loved one or someone who is more likely to link to a roundup of cute cat photos than an article about police brutality. There are certainly people who use Facebook that way—and it’s difficult to tell what proportion they make up without actual research—but they’re not the only ones.

Some Facebook employees seem to be concerned that “negativity” in Facebook posts could drive others away from Facebook, thus harming the site’s ability to engage users. This past summer, Facebook made its own (largely) negative news with a study that manipulated the amount of positive versus negative posts in people’s feeds in order to study how emotions spread.

The study was overwhelmingly criticized online (although it did have its rather tone-deaf defenders) because Facebook did not obtain its users’ consent to experiment on them, but there was another aspect of it that was troubling. Adam D. I. Kramer, the Facebook researcher who led the study, said in response to the controversy:

The reason we did this research is because we care about the emotional impact of Facebook and the people that use our product. We felt that it was important to investigate the common worry that seeing friends post positive content leads to people feeling negative or left out. At the same time, we were concerned that exposure to friends’ negativity might lead people to avoid visiting Facebook.

Many of us want to see negative posts from friends, not because it makes us feel good, but because we care about our friends and want to know what’s going on in their lives, even if it’s not positive.

That last sentence is what rankled many of my friends and me the most. Many of us want to see negative posts from friends, not because it makes us feel good, but because we care about our friends and want to know what’s going on in their lives, even if it’s not positive. The idea that Facebook might intentionally decrease the number of negative posts we see in a patronizing attempt to keep us happy (and continuing to use the service) struck me as very out of touch with Facebook users’ experiences.

The idea that there is no way to engage around negative or distressing news or information is not limited to Mark Zuckerberg and Facebook’s research team. It’s a common belief. And while some people do shy away or shut down when they see something they see as “negativity,” others don’t. Others use negative social media posts to provide support or sympathy, offer assistance, share their own stories, or—in the case of upsetting current events—spur themselves and others to action.

It’s true that many people feel uncomfortable when they see sad news and personal updates, but there’s a little bit of hypocrisy in that. All of us have times during which we need people to know that we’re hurting, whether it’s because of a death in the family, a lost job, clinical depression, or just a crappy day. Facebook has become so deeply embedded in many people’s social lives that it’s time for it to acknowledge that sadness and negativity does have its place, and adjust its design accordingly. A “sympathy” button might be a good place to start.

Photo via FreeParking/Flickr (CC BY 2.0)