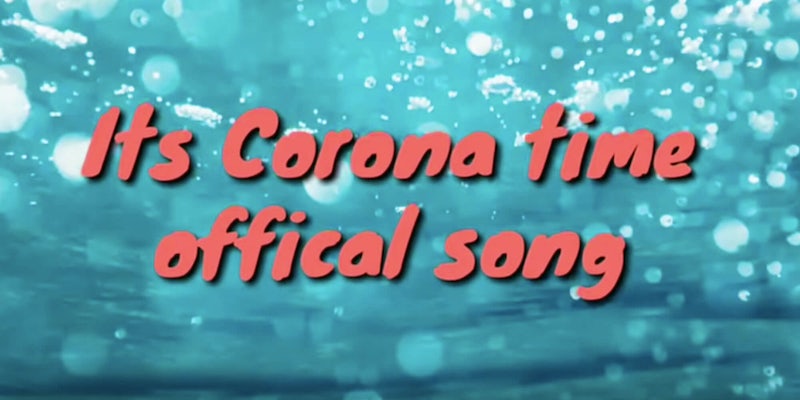 In all seriousness, just wash your hands, people.

With new cases being reported all across the United States at a troubling clip, people are understandably starting to get pretty, pret-ty freaked out about this whole coronavirus thing. But if there’s even a modicum of a bright side to a deadly disease with the potential to claim the lives of at least two percent of its victims, it’s the tight bangers that have emerged in the name of COVID-19 awareness. Take, for instance, “It’s Corona Time,” which is currently all the rage. Some are even calling it the official song of coronavirus!

The catchy tune—which was created with KineMaster—first surfaced on YouTube on Feb. 3, 2020, just one month into the epidemic. It has since been played over one million times. And it’s not difficult to understand why, as “It’s Corona Time” is quite the earworm.

The beauty of “It’s Corona Time,” one might say, is in its simplicity. The entire song, essentially, is set to a tinny synth track while a man says variations of the song’s title—over, and over, and over again—in what appears to be a caricature of a Mexican accent.

In other words, “Baby Shark” has got nothin’ on “It’s Corona Time!”

The song is so catchy, in fact, that it has gone on to inspire a proliferation of TikTok memes from young people demonstrating their coronavirus preparedness (or lack thereof) set to the track.

One user set the track to create a meme about picking her parents up at the airport—perhaps the worst place to be right now with coronavirus.

An actual doctor even got in on the fun, albeit to reiterate the best ways of protecting yourselves from the virus:

Because while catchy, “It’s Corona Time” itself doesn’t actually provide any useful information on how not to become afflicted with the virus. Unlike say, “Ghen Cô Vy,” Vietnam’s ridiculously catch handwashing PSA that was recently featured on a March 1 episode of HBO’s Last Week Tonight With John Oliver.

“Vietnam made a song about washing your hands to prevent coronavirus infection, and it absolutely slaps,” Oliver said in the segment. “That’s a genuine club banger right there.”

These are indeed strange times we’re living in.