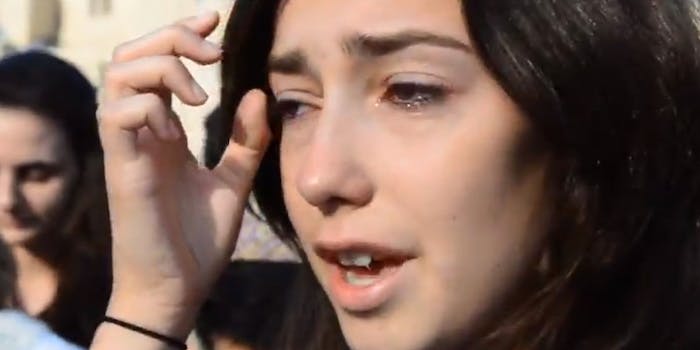 The student, 17, claims he never intended to harm any of the women taking part in the Women of the Wall prayer service

A 17-year-old student in Jerusalem was arrested on Thursday after using the website Kipper to ask a rabbi if it was illegal to shoot any of the women taking part in the Women of the Wall prayer service on Sunday at the city’s holy Wailing Wall.

The student, studying yeshiva at a university in the historic Israeli city, was arrested while on a school trip despite claiming that he never intended to actually harm any members of the organization, who have come under fire recently for using prayer items traditionally reserved for men—tefillin, tallits, and Torah scrolls—at the Wailing Wall once a month.

Massive protests are planned for this week’s prayer service, set to commence at 6:30 am local time on Sunday morning. As the Times of Israel reports, several leading ultra-Orthodox rabbis have tasked their congregations with setting up prayer gatherings in close distance to the Women of the Wall service, one predicated on justice and non-violence.

Despite the general sentiment waged against these women, local authorities could not support the unnamed student’s inquiries, however in jest they may be.

Photo via Women of the Wall/YouTube