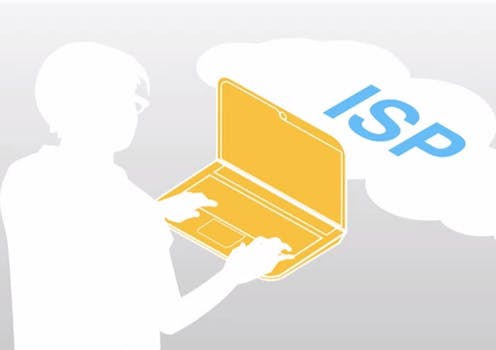 For a year and a half after news first broke that U.S. Internet Service Providers were working with copyright interests on a new anti-piracy program, the companies refused to comment on what steps they would take against suspected pirates.

But now that the Copyright Alert System (CAS) is here, ISPs are finally spilling some of the details about what they’ll do if they think you’re illegally sharing copyrighted material online.

As has long been established, all five participating ISPs—AT&T, Cablevision, Comcast, Time Warner, and Verizon—will gradually step up their “mitigation measures” each time a  user’s home Internet account is flagged for pirating. But how they’ll treat repeat offenders—those who have been flagged a fifth and sixth time—varies from ISP to ISP.

Verizon, as revealed in leaked documents in January, will slow alleged infringers’ connection speeds to a crawl. But, as reported by Mashable, Time Warner users will find their browsers locked until they call the company for an “instructional conversation” about copyright. Similarly, TorrentFreak notes, Comcast will users will find themselves able to use “essential services,” but their browsers will be locked until they call and have a similar conversation.

AT&T is less explicit. According to an official release, users it repeatedly flags “will be required to take an extra step to review materials on an online portal that will educate them on the distribution of copyrighted content online,” though it’s unclear what that will look like.

That leaves Cablevision. The Daily Dot contacted two Cablevision representatives Wednesday. One didn’t respond to request for comment; the other wouldn’t confirm what specific mitigation measures the company will apply, or what day it will start, only that “we are participating.”

It bears noting that all five ISPs repeatedly refused the requests for comment about the CAS before its Monday launch.