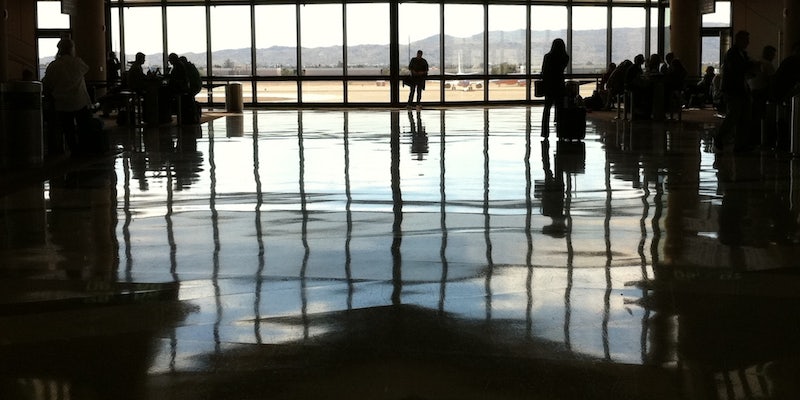 It's apparently not a nice day for a Skype wedding.

A Malaysian student was arrested at the Kuala Lumpur International Airport (KLIA) last month, after authorities discovered she had allegedly married a member of the Islamic State of Iraq and Syria (ISIS) terrorist group via Skype.

The name of the 27-year-old woman, who married the ISIS member about two weeks ago, has not been released, the Straits Times reported.

“We believe that she was first attracted to IS after watching its propaganda video on YouTube in November,” said Malaysia’s inspector general of police, Tan Sri Khalid Abu Bakar, according to the Times. “She then got to know the North African fighter and eventually married him. He managed to persuade her to join him in Syria.” The marriage is believed to have taken place in November.

A 22-year-old man bound for Syria was also detained at KLIA on Dec. 28.

ISIS rose to prominence last year after the group used social media to publicize their beheadings and violence in the Middle East.