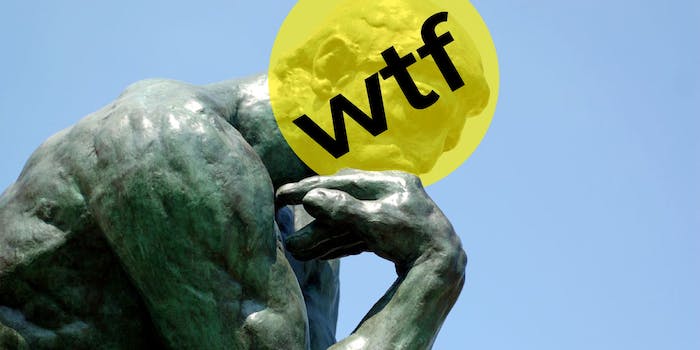 Vox's pretensions of exploratory journalism turned out to be a veneer.

There was palpable excitement around Vox.com’s launch. The website, a partnership between famed journalist Ezra Klein and digital media giant Vox Media, touted an innovative mission statement of explaining the news—a welcomed change in an era plagued with endless quizzes and listicles. “The smartest thinkers, the toughest questions” was Vox’s answer to BuzzFeed’s “worth sharing.” There’d be no bar-lowering. Vox would offer legitimate stories rather than gimmicky content.

However, these pretensions of exploratory journalism turned out to be a veneer.

Vox recently published a listicle titled 29 Times Community Was the Funniest Show on TV. This headline sounds like it was ripped straight from the bowels of BuzzFeed, and the media was keen to punish Vox for its faux pas:

I really really like the new @BuzzFeed redesign https://t.co/EspEGkJg46

But worse than that was an embarrassingly bad and uninformative GIF explainer (a format popularized by, you guessed it, BuzzFeed) about how scientists created a new element. Deadspin’s Tim Marchman brutally parodied the piece. Science journalists decried it as well:

Dear Lord! If this @Vox nonsense is the future of science coverage, we can all hang it up now [via @elongreen] https://t.co/d3uKsttXN1

I guess 2014 isn’t going to be the year our society finally shakes the article-punctuated-with-animated-GIFs format https://t.co/4N3h5cAYKb

And this isn’t is the first time Vox has done wrong in the media’s eyes. Even before the site launched, they took heat for their diversity-lacking newsroom and for hiring the controversial Brandon Ambrosino as a writing fellow. More recently, Charles P. Pierce of Grantland took Vox to task over botching an article about the Northern Irish conflict.

Quite a lot of criticism to garner in just a few short months. So is Vox a bust, or just a nascent website still trying to find its footing?

As far as lists go, it’s possible Vox is just testing the waters rather than descending into “34 Corgis Who Literally Cannot Handle This List of 21 Corgis Who Are 10000% Done” territory. Still, Vox’s 40 Maps That Explain the Middle East (which, for some reason includes maps of Afghanistan and West Africa) seems to suggest the former, which is a shame.

Vox Media’s properties rose to prominence specifically because they were the antithesis to the industry trend of lowering the bar as much as possible. Vox Media-owned sites like The Verge and Polygon proved that well-written stories and concise, timely news could do just as well on social media as lists like “42 Horses Who Don’t Realize They’re Just Cats Taped Together” and other sugary content.

“A saying around here is ‘substance is viral,’” said Vox Media CEO Jim Bankoff in a late 2013 interview. “We believe whole-heartedly in not gaming it or dumbing our content down.”

Ezra Klein and the powers that be at Vox.com must not have been included in those conversations, because it almost seems as if Vox is trying to become BuzzFeed. And how could you blame them?

BuzzFeed proved content can be a big business, and that appealing to the lowest common denominator in the online media sphere can be even more profitable; crap creates cash. As E.A. Weiss of The Daily Dot pointed out, Vox’s strategy of explaining the news doesn’t lend itself to social media optimization. Nobody shares Wikipedia articles en masse so why would they share Vox’s lengthy slideshow primers?

Maybe imitating BuzzFeed’s model of content creators churning out unimaginative, bottom-of-the-barrel lists alongside legitimate writers producing quality articles and original reporting is the only way Vox thinks it can thrive. In fact, it’s possible that Vox Media wanted its own version of BuzzFeed, but wasn’t willing to pay the one billion dollar (or higher) price tag. Instead, they opted to start a cheaper, in-house version of the site that took the Internet by storm.

If that’s the case, though, Vox.com is nothing but a bust. It’s a store-brand, black and yellow BuzzFeed that almost immediately abandoned its “the smartest thinkers and the toughest questions” mantra for drones rather than thinkers and sharebait instead of questions.

Photo via Brian Hillegas (CC BY 2.0) | remix by Jason Reed