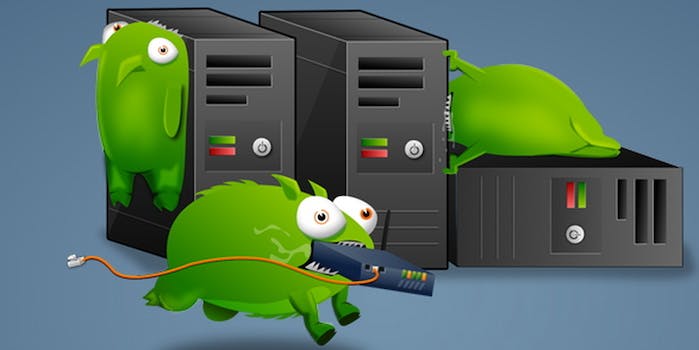 Tumblr’s trademark enforcers are not down with ‘Is Tumblr Down?’

Is Tumblr down? No, but "Is Tumblr Down?" is, thanks to Tumblr.

No, but “Is Tumblr Down?,” a humorous site that keeps track of the gaps in Tumblr’s uptime, is. The owner of the site reports he received a letter from Tumblr earlier this week, accusing him of trademark infringement and trading on Tumblr’s famous name.

“Goodbye!” he wrote, in a final blog post lamenting Tumblr’s history of “alienating its users.”

“Every decision they have made has seemed to go against the grain of the community, but since it was the only blogging network of its kind with any merit, people stayed.

[Browser extension] Missing E came along, and made everyone’s lives better. Rather than adding the features everyone obviously wanted, the company spent it’s time focusing instead of finding ways to ban, or make any user of the addon suffer annoying warnings until they removed it.”

“Is Tumblr Down?” was a purely for-fun operation that never made any profit, and Inglis says he doesn’t have the money (or the will) to fight Tumblr’s Global Brand Protection department.

Was there something about istumblrdown that Tumblr (or new parent company Yahoo) found particularly threatening, or can every site with “tumblr” in the URL expect a similar letter?

The Daily Dot has reached out to Tumblr for comment.

UPDATE: Good news for “Is Tumblr Down?”—Tumblr tells the Daily Dot that the takedown notice was sent by mistake. The company has sent the following letter to Inglis:

You may have recently, and incorrectly, received a letter from Tumblr, Inc. (“Tumblr”) Global Brand Protection, stating that your domain was registered in violation of Tumblr’s intellectual property rights.

We deeply apologize for our mistake. Our legal department very recently started using a third party vendor to assist us in pursuing trademark infringers and, due to an error in our new process, your domain was mistakenly caught in the cross-fire.

So, please disregard any previous correspondence you received regarding this matter.

Inglis has updated his site to announce it will be back to normal in the next few weeks.

Illustration by The Oatmeal via Tumblr