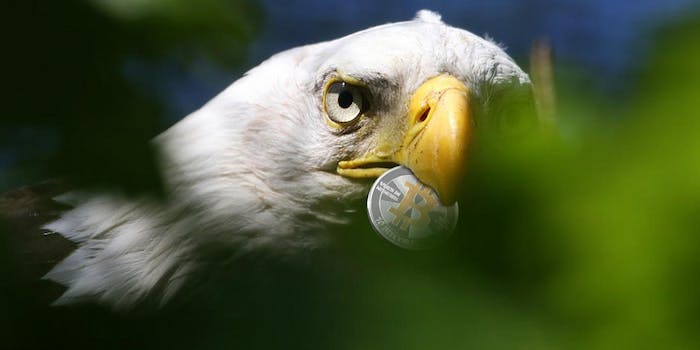 Uncle Sam says you’re going to have to start paying taxes on your bitcoins.

In its first major ruling on any cryptocurrency, the Internal Revenue Service has determined that it will treat Americans’ bitcoins as property, rather than currency.

In other words, they’re more like stocks than like another kind of money. According to Bloomberg, Americans will therefore be able to even write off Bitcoin losses on their taxes if they take a major dive.

In its six-page statement, the IRS said that people who mine bitcoins—the process of dedicating computing power to the complex algorithms that bring them into existence—will also have to pay up. “When a taxpayer successfully ‘mines’ virtual currency, the fair market value of the virtual currency as of the date of receipt is includible in gross income,” the IRS says.

And if you’re one of the special few Americans who gets paid wages in Bitcoin, your days of tax-free income are over. “Generally, the medium in which remuneration for services is paid is immaterial to the determination of whether the remuneration constitutes wages for employment tax purposes.”

At least other cryptocurrencies, like Litecoin and Dogecoin, are free this tax season—even though that’s probably just because a lot of people in Washington aren’t quite sure what they are.