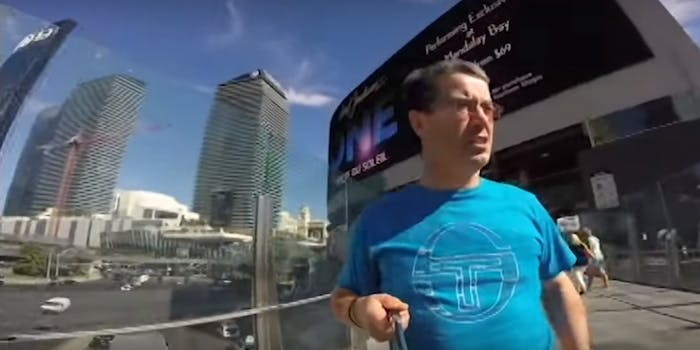 Who knew it was even possible to make this mistake?

Of course, GoPros aren’t completely foolproof. For example, you have to point them in the right direction.

In this hilarious video from YouTube user Evan Griffin, we’re introduced to a GoPro mistake so obvious we didn’t realize it was even possible. Griffin lent his camera to his dad while he was on vacation in Vegas, and while his dad was happy to use the GoPro as much as possible… he accidentally pointed the lens at his own face the entire time.