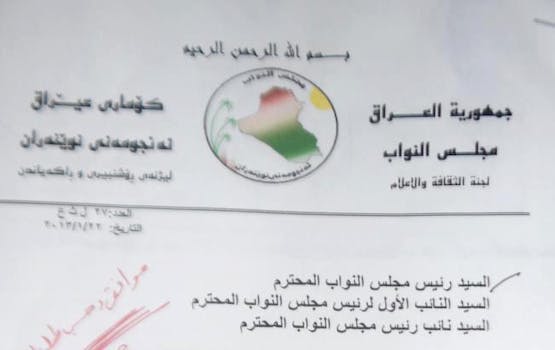 Good news for Iraqis who were afraid that an online rant about local politics was going to get them life in prison. It looks like that won’t be considered a criminal activity after all.

According to a memo acquired and translated Monday by Social Media Exchange, Iraq’s heavily criticized Information Technology Crimes (ITC) Act is on the cusp of being dismissed by Iraq’s Parliament.

Like many broad, sweeping laws designed to regulate Internet crime, the ITC has drawn severe criticism for demanding harsh punishments for all sorts of common Internet activity. According to a report [PDF] by Access Now’s Peter Micek, the bill “decrees life imprisonment for using a computer and the internet to: ‘affect … the unity of the country,'” and it “could be applied to anyone who speaks out against the government—a carte blanche for political repression.”

As recently as June, the bill looked as if it would pass despite messages from more than 40 activist groups warning the Iraqi government of its implications.

But the memo, authored by the Culture and Media Committee and reportedly signed by Speaker Usama al-Nujayfi, would strike the ITC from consideration. Dated Jan. 22, it notes that freedom of speech concerns have detracted from the bill:

We inform you that our committee attended several conferences and panel discussions of the Cyber Crime draft law at the recently organized UNESCO meeting in Baghdad. Most of the debates were against this proposed law. We consider it as a decline of freedom of speech in Iraq. And therefore, our committee suggested to stop the legislation because it is outdated and because the security situation has improved since the government sent the draft law to the committee. We don’t want to pass this law because it will be a negative indication of the committee’s work.

“Everything that I have seen points to the memo as legitimate,” Micek told the Daily Dot, noting that sources he consulted for his report, including the ‎Iraqi Network for Social Media and the blog Iraqi Streets, have celebrated the news.

We’re not out of the woods yet: Parliament must still vote on whether to dismiss the bill entirely. But Hayder Hamzoz, an Iraqi activist and head of the Iraqi Network for Social Media, didn’t seem to have much doubt.