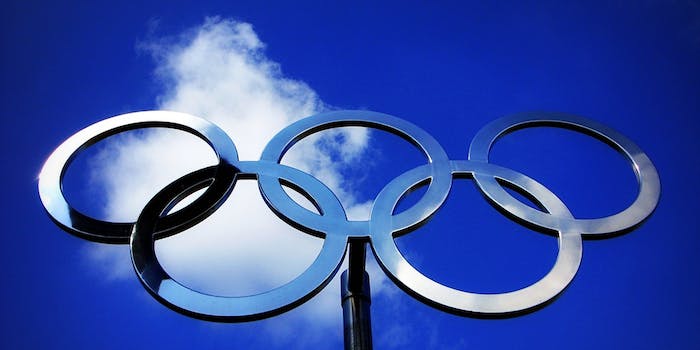 As the 2014 Winter Olympics kicked off, people had quite a few gripes about the decision to hold the games in Sochi, Russia—what with the unfinished hotels, oppressive political climate, and general fear of security breaches. Fortunately for the Internal Olympic Committee, all those complaints are being routed directly to a Spanish university with the Twitter handle @ioc.

Yes, despite many users pointing out the mistake—all this wrath should be inflicted upon @iocmedia, or @Olympics, or maybe @NBCOlympics—the innocent Open Institute of Catalonia is taking the heat for #SochiProblems. Maybe they offer a course in social media?

Well folks its another #NBCFail year. Can the @IOC please drop them and stream/ save everything on YouTube?

Who at the @ioc is going to answer for the insulting, unsafe, and inhumane selection of #Sochi? @iocmedia #USA

It bears mentioning that even if these tweets reached their intended target, the International Olympic is not really in the business of apologizing. In fact, it’s surprising that such a litigious organization hasn’t sued the Spanish school for using “their” initialism. (They are currently waging an expensive battle to prevent you from registering a new generic top-level domain with the word “Olympics” in it, just to give you some idea.)

But maybe it’s the Twitter whiners, not the Open Institute, who ought to watch their step:

https://t.co/rqtqbUSkkq So please don’t direct your Twitter bile to @ioc The Catalonians are very, very proud and feisty.