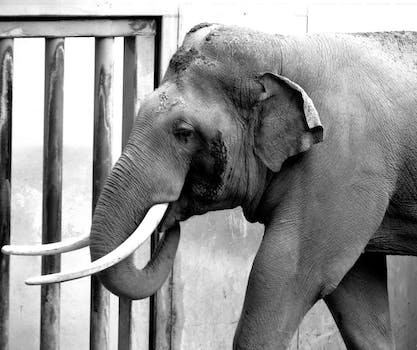 Shining light on illegal wildlife trading on the dark Web

Want to buy an adorable, but illegal tokay gecko over the Internet? Why not head into the dark corners of the Web—or the “dark net,” the parts of the Internet not accessible via search engines?

The black market is alive and well there, and it’s ripe for the trading of all sorts of exotic “pets.” Cats and dogs are old news. Typing in “can you buy a tiger online?” to Google yields you 173,000,000 results. Enjoy getting mauled!

For real though, please don’t do any of those things. And to combat those who do, the U.K. has just hired its first “Internet wildlife crime intelligence officer” to the Wildlife Crime Unit, Nic Fleming. (In the U.S., the Fish and Wildlife Service only employs a few such agents to police online trading.)

Fleming gave a fascinating interview to the New Scientist about his role in shedding light on the dark Web and the billion dollar online illegal wildlife trade.

1) Rare newts are on the rise!

2) Fleming admits that he’s basically a bandaid on a bulletwound of poachers trying to sell living creatures and their parts to collectors via the Web.

We’re focusing on trying to work out the volume and scope of online trade. We’re also seeking to identify trends related to specific species and locations, investigate whether there are trade routes that overlap with those of other illegal trades such as drugs, and develop a framework for future monitoring of illegal activity. The internet is so vast that nobody can possibly find everything being bought and sold. But it is important to be able to estimate these trades accurately in order to tackle them effectively. Policing resources will only be made available if there is a proven need.

The Wildlife Crime Unit, which “is made up of a small team of specialist police and civilian staff who have been appointed for their expertise and experience in wildlife matters,” according to its website, is doing its best, but there really are parts of the Web that no one can police.

On Motherboard, Derek Mead expresses his opinion that just one agent isn’t enough: “[I]t’s interesting to see how candid officials are about acknowledging the vastness of the web.”

3) Fleming and the WCU are trying to direct their efforts by focusing on specific species and locations that have the highest level of trafficking. One of the biggest items, for instance, is ivory (which eBay banned from being auctioned on their site in 2009). Fleming says people still get away with selling and trading ivory under fake tags like “faux ivory” or “ox bone,” the latter of which I personally Google all the time. (Not really. Don’t come for me, Fleming! It was a joke!)