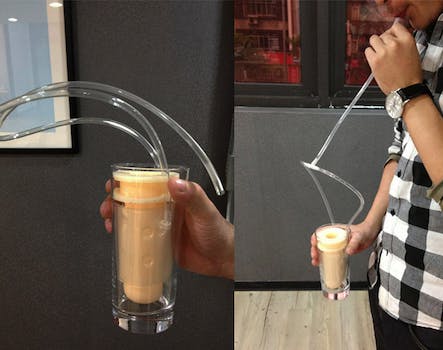 Here's how it works: The movements and reactions of one partner are registered by sensors in the device and sent to its corresponding unit.

Warning. The following photo is definitely NSFW. What you are about to see is a graphic, raw image of what sex looks like in the year 2013.

This photo has in no way been censored. If there are children nearby, you’ll want to send them out of the room before they get even so much as a peek at this hardcore, X-rated image.

Are the kids gone? No coworkers standing near by? Are you ready to instantly wipe your browser history? OK. Here it is: 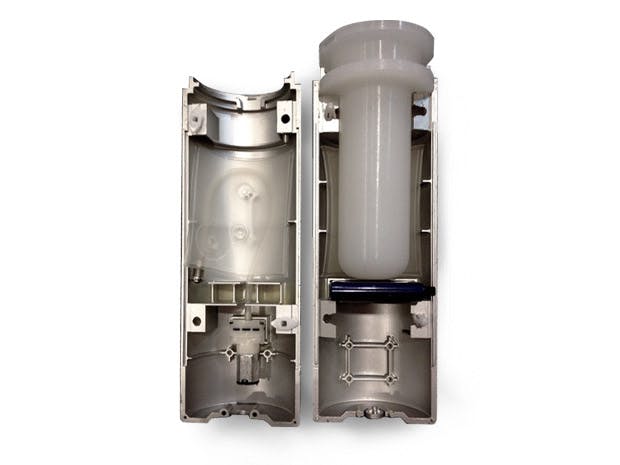 Not what you were expecting? Well, it wasn’t a complete fake-out. It may not look like it, but this image does represent the future of sex. Later this month, the company LovePalz is set to release the first Internet-enabled his and hers sex toys, and although some may be wary of the concept, it’s already racking up its fair share of pre-sales.

The idea is a simple one. Couples each have their own devise, Hera for women and Zeus for males. (Why a device designed to create intimacy among long-distance couples would be named after one of Greek mythology’s most notorious adulterers is unclear.) The movements and reactions of one partner are registered by sensors in the device and sent to its corresponding unit. The makers say the mechanics of the devices and the real-time internet connection will provide as realistic an experience as couples can get without actually being together (through the magic of silicon and an contracting airbag).

“It can simulate your actions and cause physical contact over internet in real time,” the company’s blog reads. “Through our service, you and your lover each hold one device and as long as you remain connected to the internet, the device automatically senses your actions and conveys them to your partner’s toy!”

With orders set to ship March 29, Zeus and Hera are priced at $378 as a set and $189 individually. Venturebeat reports that 5,000 pre-orders have already been made, with 1,800 already being prepaid since the company opened up a payment option last week. Of course, that’s not so surprising when looking at the overall growth of the online sex toy retail business. According to Adam & Eve, one of the leading online adult retailers, people spend more than $15 billion every year on sex toys.

With this kind of business potential, one may assume it was easy for Lovepalz to secure funding. But the company was actually denied a spot on Kickstarter. That obviously wasn’t enough to keep the folks at Lovepalz down.