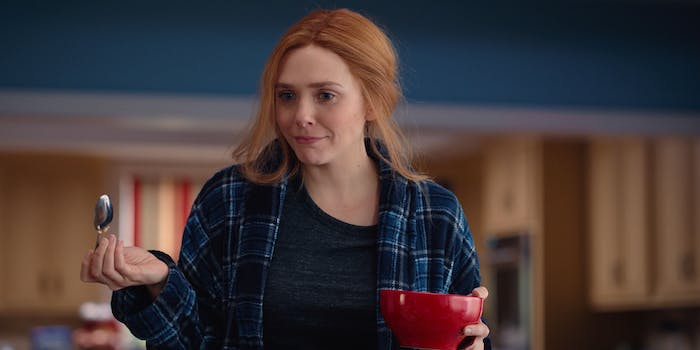 This week on the internet: The top memes of 2021

From Bernie and his mittens to sea shanties, here are some memes that went viral in 2021.

Welcome to the Friday edition of Internet Insider, where we’re looking back at internet culture that shaped 2021.

Did the pandemic change how we consume memes? I think so. More and more memes originate on TikTok. Main character energy continues to flourish. And we’re using memes to cope with stress related to COVID-19.

In 2021, the top memes were a mix of catchphrases, celebrity gossip, viral photos, and references to TV shows and movies. I’m defining a “top meme” as a meme that people still remember at the end of the year—or one that had a notable cultural impact. I’m including the first half in today’s newsletter; the next half will be included in the Dec. 24 newsletter. Sit back and enjoy this tour through 2021 via memes.

The easy answer to “what’s for dinner?”

If you want to avoid decision fatigue at dinnertime, we’ve got a grocery shopping hack for you. With stores like Sam’s Club, the unbelievably large selection can keep you busy for a long time. But if you shop already knowing what you’re looking for, you’ll spend less time browsing or buying things you don’t need.

Here are three easy meal planning tips that can help you make fewer decisions in your life – which means less burnout from your day-to-day.

Saturday Night Live has a special connection with TikTok, and the show has previously produced app-related sketches that ended up flourishing on TikTok (musical performances, too). In last weekend’s episode, hosted by Billie Eilish, SNL went all in with a parody of TikTok that could double as an ad.

In the 4-minute sketch, a father is trying to get his teen to take out the trash, but they’re too busy scrolling TikTok. We see their text exchange as well as the teen’s FYP, which includes Eilish as a nurse doing popular dances; “Homer Simpson ASMR”; and parodies of the widely mocked self-defense guy and spiky Island Boys.

Now Playing: “Let Me Roll It” by Paul McCartney & Wings