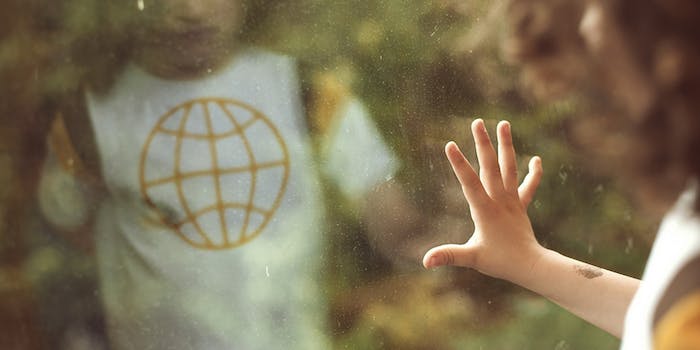 Millennials should be leading the charge to protect the Internet.

I am 23. Born in 1990, I grew up in a generation unlike any before it. My generation, the millennials, and specifically those under 25, had access to more information and knowledge during our upbringing than any generation in history. We were the first generation to be raised with the Internet.

And we should be the first ones on the front lines to defend it.

I can still remember the first computer my family got when I was 6 years old, an IBM laptop that by today’s standards would be considered enormous. Despite its ample size, that IBM laptop gave me a glimpse into what the future held. When we got an Internet connection a few years later, it forever changed how I could and would acquire information. This change wasn’t exclusive to my family, and it wasn’t just at home.

Since 2001, school-aged children across America have had an educational and social experience that no one before them could truly understand. Thanks to the proliferation of Internet access at home and in schools across the country, information became unrestricted. The instruments of education were no longer confined to libraries. The Internet never closed for the night. Information was no longer limited to be doled out in increments stated in the curriculum for each grade level. You didn’t have to physically go and get information. The dissemination of knowledge was forever changed by the Internet, and we were the first generation to come up during the transition.

The access we had to information, both appropriate and inappropriate depending on our age, was unprecedented. We learned fast, and in many respects, we grew up quicker. Knowledge has always been power—we were just the first to be raised with unfettered access to it. We are the generation that doesn’t accept “I don’t know.”

We didn’t build social networks, but we did grow up in them. For most people my age, Myspace is simply the successor of Friendster and a precursor to Facebook. For many people under 25, Myspace was a huge part of their youth. (For those under 18, Facebook holds the same standing). It’s where many had their first experience with their digital persona. Myspace is where many first learned two of the most important rules of the Internet:  Don’t post things you don’t want made public, and be careful who you friend.

We have been taught by our schools using the Internet, and we have acquired knowledge from the Internet that we otherwise wouldn’t. We have used the Internet to interact with others, for good and bad, with some of us having been hurt by it. If it were calculated, it would probably show that we have spent more time on the Internet than with any other human. For many people under 25, the Internet has had the biggest impact on our lives, direct or indirect, over any other entity.

For all of thos reasons and more, it’s time we come together to defend the Internet that raised us. 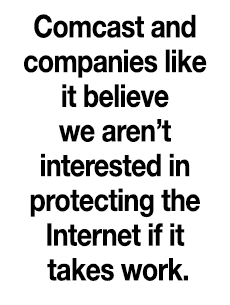 Right now, the Internet is under attack. Governments have created backdoors into the companies that supply the tools and content we use everyday, stripping away our basic right to privacy. And Internet service providers are attempting to tear down the foundation of the Internet for financial gain.

The National Security Agency (NSA) scandal still hasn’t been fully unearthed yet, but what has come to light hasn’t been good for the Internet. The NSA infiltrated prominent companies—including Google, Facebook, Apple, Microsoft, and Yahoo—put backdoors into U.S. made routers; is collecting millions of images a day for facial recognition from emails, texts, and social media accounts; and has even tapped the underwater fiber optic cables that make the Internet a global cyberspace.

Companies like Comcast and Verizon would like to end net neutrality and split the Internet in two: a fast lane for the content providers who are willing to pay their ransom, and a slow lane for everyone else. Comcast is attempting to merge with Time Warner Cable in a deal that would create a company that could control how a third of Americans access the Internet. The merger looks like it will be approved by the Federal Communications Commission, which is led by Chairman Tom Wheeler, a man whose former job was defending cable companies against regulation by the government.

Broadband speeds in America are mediocre, to say the least, and since there is little incentive to improve the speeds—there is no real competition between Internet service providers in America—it doesn’t look like it will get better anytime soon. From multiple angles, the Internet as we know it is being damaged, hampered, and is damn close to broken.

Attacks on the Internet are nothing new. The online community rallied in on January 2012, when the Stop Online Piracy Act (SOPA) and the Protect IP Act (PIPA) threatened the Internet, with sites like Wikipedia and Reddit going dark, and others like Google and Tumblr protesting the bills. SOPA and PIPA lost support after the protest, but what we overlooked was the lesson learned by Comcast, which supported both bills.

Comcast realized that the Internet will rally for one day, for one cause, but when that fight is stretched out over months, or years, our odds of success drop dramatically. Comcast and companies like it believe we aren’t interested in protecting the Internet if it takes work. If we can’t do it in one day, there’s little chance of a proper defense being mounted.

When you take into account the myriad ways we have benefited from the Internet, the generation that created the Internet can’t be the only ones defending it. Millennials should not be on the sidelines, tweeting, texting, sending snaps, and enjoying the benefits of one of humanity’s greatest inventions while those who built the foundations of the Internet and the products we use on a daily basis are tasked with its protection.

Millennials should be in the fight, and should be some of the Internet’s most vocal and most fervent advocates. We can’t just sit around and hope the Internet as we know it will be here tomorrow, because if nothing is done, it may not be.

We were raised by the Internet, and when it needs us to defend it—no matter how long it takes—we should answer the call.

This article was originally published July 1, 2014. You can support net neutrality by participating in the Internet Slowdown Day.