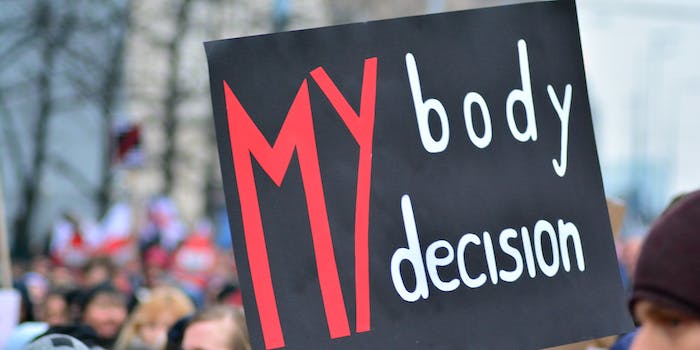 This week on the internet: Texas’ restrictive abortion law, flooding, and a flash mob

The warning signs that led to SB8

In September 2018, I shared a few memes on Twitter that people were making about the Brett Kavanaugh hearings, a typical topic for me to tweet about since I edit stories about internet culture. However, I also pointed out that many of the memes were toxic and sexist. They poked fun at the fact that Kavanaugh, a Trump nominee for the Supreme Court, could potentially affect Roe v. Wade. I was harassed by dozens of Twitter users in response to my tweet. The block button was effective, but I still received notifications for weeks. One man sent me a GIF of a Planned Parenthood building being blown up.

On Wednesday, Senate Bill 8 went into effect in Texas. The law bans abortions after six weeks—before most people with a uterus know they are pregnant. The majority of the abortions in the state are done after six weeks. The Supreme Court, now with both Kavanaugh and Amy Coney Barrett, has a conservative majority. They refused to block the law, which also allows anyone to sue a clinic who performs an abortion outside of the six-week window, as well as anyone who helps someone else get an abortion.

Over the last two days, I’ve seen my social feeds become inundated with posts about the law, which will likely affect abortion laws in other states. A lot of people were surprised that it passed. Others were sad for young girls who will be left with few options. I thought back to the awful memes I saw three years ago—and all the terrible posts I’ve seen on social media since then that slut-shame women who choose to get an abortion.

Anti-abortion rhetoric is all over the internet, and it has been for a long time. Like political memes, anti-abortion memes reflect the growing divide in this country. But, like many others have said this week, anti-abortion laws don’t prevent abortion; they just prevent safe abortion. Women will always find ways to seek an abortion, but some of those options won’t be as safe as going to a clinic in your own state. And those in power who stood aside to let this law happen are telling us that they simply don’t care.

Online birth chart readings or astrological profiles aren’t all that different from the ones you would get in person. Just like the rest of our lives during COVID, this service now happens over video calls. How you want your reading done and the focus of the reading is all up to you. But be sure to do your homework on the professional you work with first. Read on for our tips on how to choose a practitioner, where to go, and more.

NYC flooding draws comparisons to ‘The Day After Tomorrow’

New York and New Jersey were hit this week by flash floods in the wake of Hurricane Ida. Footage from New York City is particularly shocking, showing flooded streets, subways, and apartment buildings—and drawing comparisons to the disaster movie The Day After Tomorrow.

Released in 2004, The Day After Tomorrow depicts a heavily fictionalized image of climate change, where catastrophic weather devastates New York City in a matter of days. First comes a tsunami of floodwater, followed by a new ice age. As one of the quintessential NYC disaster movies, some of its scenes now look disturbingly similar to real life.

New York’s subway system is notoriously in need of maintenance, but it was also never designed to withstand this level of flooding. So while The Day After Tomorrow may be a corny movie that played fast and loose with climate science, the comparisons are wholly understandable.

Today, the latest Cinderella adaptation debuts on Amazon Prime, starring Camila Cabello, Idina Menzel, and James Corden. Thanks to The Late Late Show, we got a glimpse of one of the songs on the soundtrack in the most unexpected of places: Twitter.

Last weekend, someone who was caught in a “Crosswalk the Musical,” one of the show’s recurring segments, recorded the Cinderella cast performing “Let’s Get Loud” (which appears on the Cinderella soundtrack) in front of their vehicle.

The original clip from @_BlueAnt has been viewed more than 18 million times since Saturday and has gone viral, thanks in part to the Film Updates Twitter account reposting the video. We’ve seen these types of flash mob musicals on The Late Late Show for years, but rarely do they come from the POV of the unsuspecting audience who tried to drive somewhere and was treated to a musical instead. The video led to a lot of great memes from the POV of the drivers. But much of the ire and jokes were directed toward Corden, whose hip thrusting really, um, stood out.

The “Did it hurt?” meme came for us all this week.