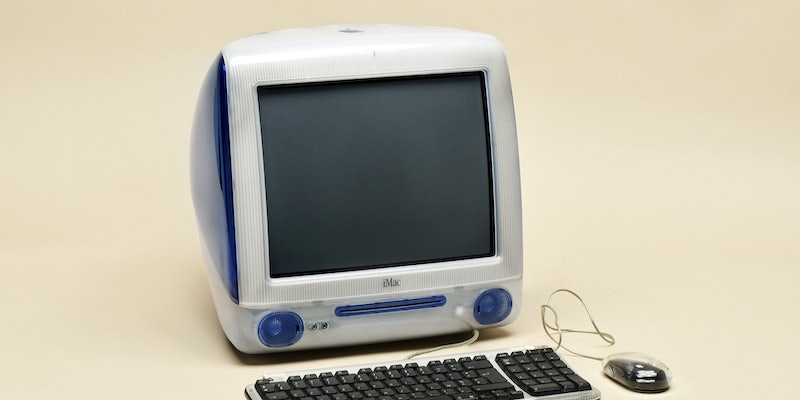 This week on the internet: What was your first online experience?

Plus: The best memes and TikToks of the week.

Welcome to the Friday edition of Internet Insider, where we dissect the week online.

What was your first online experience?

In the 1998 Nora Ephron rom-com You’ve Got Mail, we see computer graphics before we see any humans. A cursor clicks on an America Online icon on a desktop screen, and we hear the dial-up sound familiar to people who used the internet in the ‘90s. A few minutes into the film, we see Meg Ryan and Tom Hanks begin their mornings by rushing to their computers to sign on to their AOL accounts. The welcome screen appears before a familiar voice announces new mail.

Although computers and technology are ubiquitous in TV and film today, none have been so indistinctly linked to a company as You’ve Got Mail was linked to AOL; watching two Hollywood stars use AOL served as one giant product placement. The movie even had an interactive website (now defunct) that featured the company’s icons. The movie is a modern take on a play called Parfumerie, but it’s hard to watch it now and not see it as a very good ad for an internet service provider. It romanticizes meeting strangers on the internet, but it also takes us back to a more innocent time—where harassment and stalking seemingly don’t exist.

Growing up in the ‘90s, the first email provider I used was America Online, and I immediately fell in love with the design, even though I had nothing to compare it to. I enjoyed watching the yellow running man and other icons appear as I logged on. And I loved the homepage. Everything was in one place: Several different boxes on a plain grey background and easy-to-read icons that told you where to find something. On AOL, I experienced chat rooms for the first time. I used AIM to talk with people I knew—and people I didn’t know (it wasn’t as romantic as Meg Ryan’s experience!). And I learned how to navigate the internet.

Today, the internet is a different—and much busier—place. It’s hard not to long for an internet of the past. But what was that internet like? In the Daily Dot’s new collection of stories, The Lost History of the Internet, we delve into the communities and spaces that informed our early online experiences. Click on the link to check them out, and get ready for a heavy dose of nostalgia.

‘WarioWare: Get it Together!’ is a must-have party game

Casual gamers and hardcore digital warriors are all equals in WarioWare. This outrageous party game throws players into an ever-changing mix of over 200 lightning-fast minigames in a quest for victory. Make sure your next game night includes the new king of absurd party games, WarioWare.

A TikToker named Cody has been documenting some of the intricacies of his Atlanta apartment complex, including menus stuck in doors for days and vehicles in the parking garage that are collecting dust.

Of course, the comments sections lit up with theories. Perhaps Cody, whose bio lists attorney and engineer, is a “ghost but doesn’t know it,” or he’s in his “own version of The Truman Show and all of the extras went on strike”? Is it a way to “artificially inflate demand and reduce supply”? Empty corporate housing or Airbnbs? (Probably getting warmer with the last two.) Read the full store here.

People are mocking Terry Crews for his Amazon ad

Celebrity endorsements or ads can result in varying levels of silly or cringe, depending on the person or what’s being sold. But in the case of Terry Crews and a recent TikTok ad for Amazon, it just led to a lot of dunking and reminders of a different side of Amazon.

Clearly marked as an ad for Amazon, Crews is framed as giving people an inside look at what it’s like to work at an Amazon warehouse with Crews performing many of the tasks himself. “I heard that Amazon was hiring a bajillion people and thought I’d take a look for myself,” he says early in the video.

On Crews’ video, which is still on TikTok, the comments section has been flooded with comments highlighting Amazon’s history of mistreating its employees. Read the full story here.

Now Playing: “Let Me Back In” by Rilo Kiley