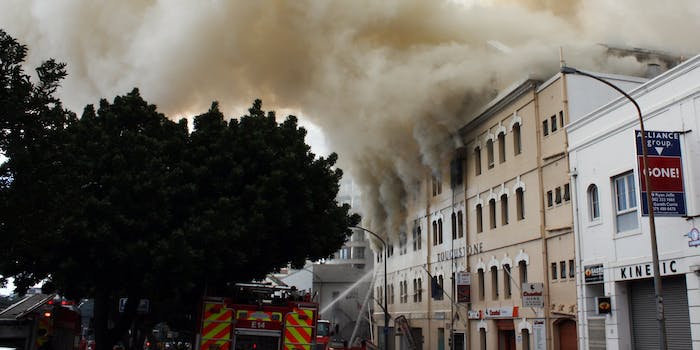 After devastating fire, the Internet Archive needs your help

One scanner sparked, setting off more than half a million in damages.

The Internet Archive, the nonprofit devoted to storing as much of the Internet as possible for future visitors, is asking for donations after its scanning center was destroyed in a fire.

No people were injured in the fire, which started around 3:45pm PST Wednesday and burned for a little over an hour. Some physical materials were destroyed, but scanned data was lost.

An Internet Archive representative told the San Francisco Chronicle that he believed that the blaze started by a sparking scanner.

In a blog post, the Archive noted that it would need public donations to replace the equipment. “It is in difficult times like these that we turn to our community,” the post states.

In October, the Archive expanded its services to include a groundbreaking, free library of National Security Agency-related video news clips.

In addition to asking for straight donations, supporters can volunteer their own labor and scanners to contribute to the Archive.