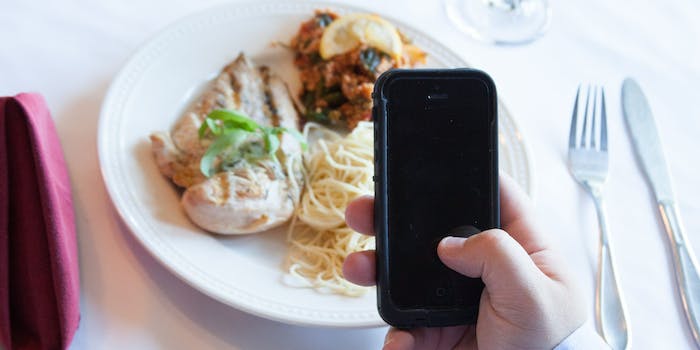 The unthinkable happened last night: Instagram went down around 2am CT. As influencers around the world cried out in agony, Twitter users turned the outage into the perfect opportunity to unleash on their selfie-posting, lunch-sharing, and story-creating brethren.

Instagram stayed offline for a couple of hours overnight, according to Down Detector, causing the app to spit out blank profiles on mobile and a “5xx Server Error” message on desktops. During the outage, Instagram users quickly flooded Twitter, with many fearing that their user accounts were suspended. Suffice to say, the night was filled with quite a few desperate tweets along the way.

Instagram is down. I can't refresh my life. #instagramdown pic.twitter.com/pckSdjGPjv

As soon as I found out instagram was down! #instagramdown #TwitterTakeOver pic.twitter.com/ladMIo1CTk

Me waiting to see if instagram as been fixed: #Instagramdown pic.twitter.com/nyOUZu5hRO

That’s when the roasting began, and it was merciless. Twitter users weren’t afraid to dig in, especially because Insta has a reputation for an incredibly bizarre and expensive influencer culture.

Instagram is down. Thousands of people wander the streets with crude sketches of sunsets screaming hashtags at strangers. People carry their breakfast with them and introduce it to everyone they meet. Chaos ensues. In the distance, sirens.

Telling grandchildrens how instagram was down that one night #instagramdown pic.twitter.com/Txhk9gXLA0

Welcome back to Twitter everyone who is currently missing Instagram and has a compulsive need to swipe down to refresh a feed.

Oh, and Instagram users left Twitter just as fast as they arrived once Insta went back online.

Me running back to Instagram now that it's back up #instagramdown pic.twitter.com/aN1Tj9saL4

Twitter empty as hell again after ig is up again #instagramdown pic.twitter.com/7qKE8xOZyj

Social media outages tend to draw out the best in users. When Facebook went down last October, Twitter quickly churned out the #facebookdown hashtag and vented their frustrations during work. After Facebook and Instagram went down around the world along with Tinder and the now-defunct AOL Instant Messenger in 2015, Twitter was quick to bring up our unyielding addiction to social media.

“Aren’t we ALL down after we use Facebook and Instagram,” Eliza Bayne tweeted then. Ain’t that the truth.