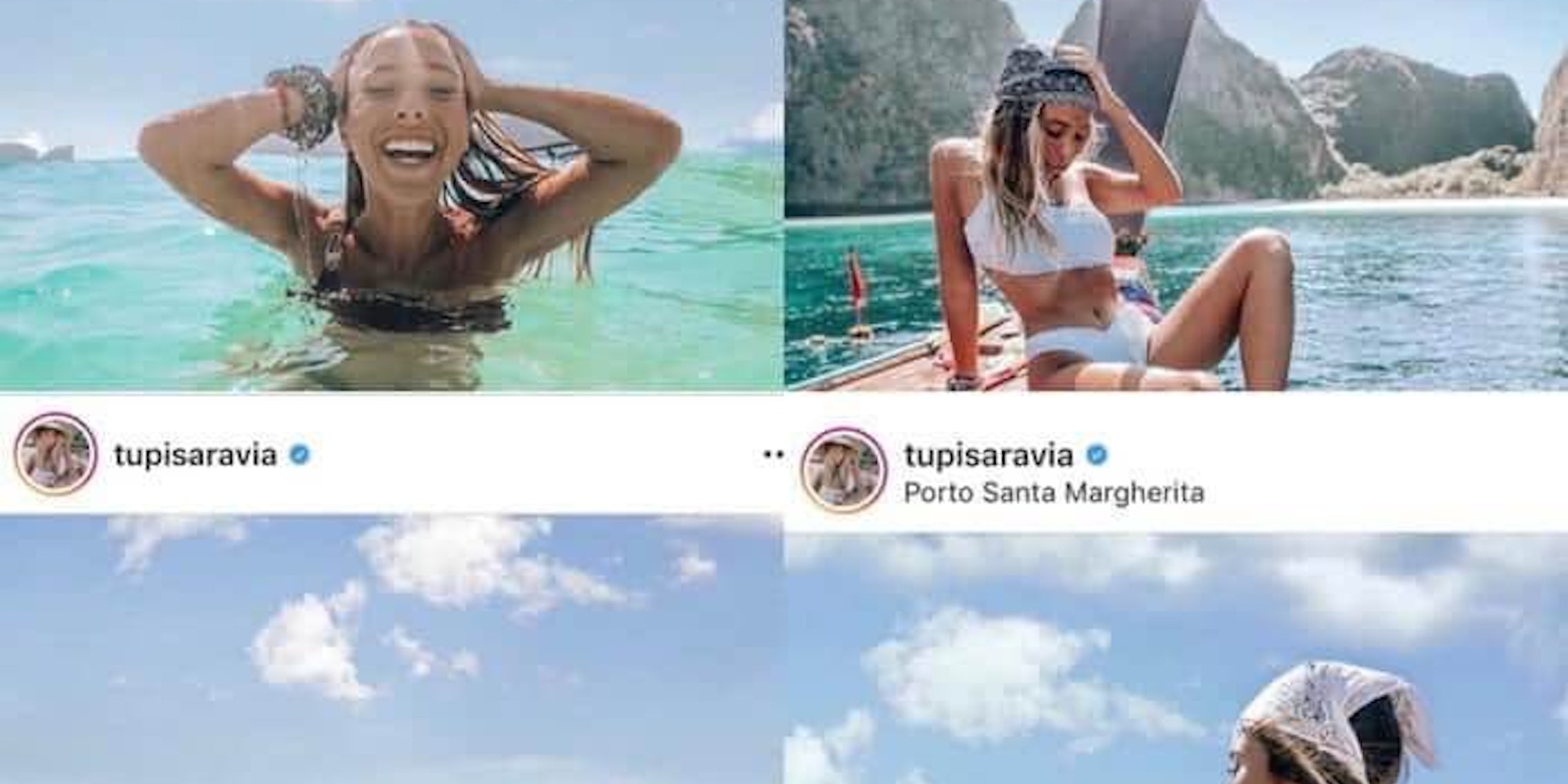 The cloud edits quickly became an inside joke between Saravia and her followers.

Travel Instagram influencer Martina “Tupi” Saravia, who was recently called out for faking the cloud formations in her photos, has made a deal with the photo editing app that helped her do it.

Saravia (who goes by @tupisaravia on Instagram) was caught by a keen observer in August who noticed how similar the clouds looked in several of Saravia’s pictures.

“This travel ‘influencer’ spookily has the same clouds in every photo,” user @MattNavarra said, attaching several of Saravia’s images that had the same cloud pattern.

While Saravia received mixed reactions for her photoshop faux pas, she didn’t understand the critical reaction.

“I really don’t see the big deal [here], I never lied about it,” Saravia told Buzzfeed News. “I haven’t done anything wrong, and it was never my intention.”

According to Buzzfeed News,  Saravia has amassed more than 34,000 new followers since cloudgate. She also started sharing both her edited pictures and the unedited versions, and the cloud editing seems to have turned into a running joke between the influencer and her followers. She even has a story highlight dedicated to the now iconic clouds on her profile.

Now, less than a month after Saravia admitted to imposing clouds into her photos, the app that helped her do it, Enlight Quickshot, has made a deal with her to create a “new cloud pack” that she will help design, Buzzfeed News reports.

“We just got off the phone with Tupi — we’re going to work with her to create a new cloud pack based on cloud photos she curates,” a rep for Enlight Quickshot told Buzzfeed News.

According to Buzzfeed News, Saravia thinks it’s “hilarious” that everything has come full circle.

“Quickshot is the one app that helps me with the composition of my photos when the sky is overexposed or burnt, so to have the possibility to work with them creating alongside my followers is hilarious,” Saravia told Buzzfeed News.