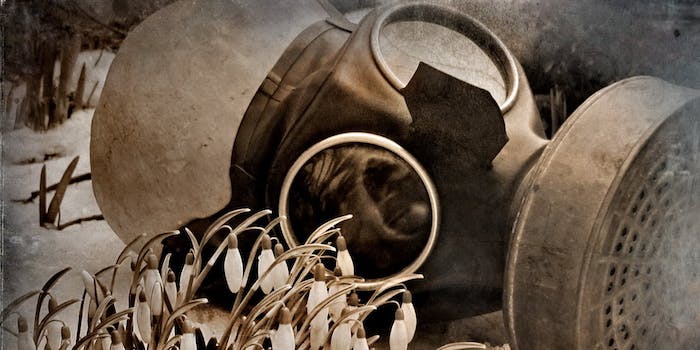 A brief history of the war between Reddit and Tumblr

It’s like Newton’s Third Law of internet discourse: for every social justice Tumblr, there is an equal and opposite Reddit board.

Those who wish to ridicule or rebut Tumblr’s numerous progressive bloggers have various options: there’s r/TumblrInAction, r/TumblrAtRest, r/TumblrCircleJerk, r/TumblrComedyGold, and r/TiADiscussion (that’s the more discussion-oriented version of r/TumblrInAction). Tumblr, for its part, fights back somewhat half-heartedly with the no-longer-updated Reddit Is Terrible and Shit Reddit Says. (But there are also, naturally, plenty of anti-Reddit Reddits and anti-Tumblr Tumblrs.)

The subreddits generally include screen captures of posts from Tumblr that are social justice-themed, along with snarky commentary. The users rarely attempt to logically refute the points made in the original Tumblr posts; the purpose of the subreddits is more mockery than debate.

Even though the titles of these subreddits and blogs reference “Tumblr” and “Reddit” in their entirety, they’re clearly aimed at some particular subset of Tumblr and Reddit users, respectively. The users of r/TumblrCircleJerk probably don’t care about Tumblrs full of cat photos, and whoever runs Reddit Is Terrible probably wasn’t referring to the people who use it to share travel tips.

Rather, the feud between Tumblr and Reddit, if there is one, centers on politics. Tumblr is often stereotyped as a radically liberal community that makes a social justice issue out of anything and everything, and Reddit is often stereotyped as a horde of white Libertarian men who post creepy non-consensual photos of women and defend pedophilia. While these are representatives of each of these views on both sites, overall, they’re probably a minority of the sites’ users.

But perhaps because of its demographics (mostly young, non-male) and style (casual, yet jargony), Tumblr has emerged as a scapegoat for everything that’s perceived “bad” about social justice: the negative attitudes towards dominant groups, the endless stream of new labels and slang, the elevation of niche issues to the status of “major” issues like race, class, and gender.

Whether or not these features are necessarily “bad,” and whether or not they are necessarily any more prominent on Tumblr than on any other platform that hosts discussions about social justice, has become mostly beside the point. “Tumblr social justice” is a pejorative now, as is “Social Justice Warrior (SJW),” a common label for those blogging about the subject on Tumblr.

The existence of entire subreddits dedicated to hating on Tumblr’s social justice bloggers suggests that trolls aren’t just random, isolated dudes in their parents’ basements. My personal experience with trolls is that they’re organized, and they often plan their attacks collaboratively. Likewise, subreddits like r/TumblrInAction allow Reddit users to gang up on bloggers by sending dozens or hundreds of pageviews their way—some of which may translate into hateful messages and responses. In that sense, it’s less like “trolling” and more like bullying.

Demographically, the users of r/TumblrInAction are mostly male, mostly straight, overwhelmingly white, and mostly under 24 years of age. Of course, that’s probably similar to the demographics of Reddit overall, but it helps explain where these users are coming from with their disdain for social justice bloggers.

The common theme I sense when perusing these subreddits isn’t disagreement or even offense (as it might be if the users were mostly religious conservatives), but annoyance. They seem to find “Tumblr social justice” annoying, so much so that they dedicate time to compiling and ripping apart posts from obscure blogs with small followings.

Although most people who find social justice annoying never go to such lengths to express that annoyance, the reaction is nevertheless a common one that activists like me encounter. People seem to take social justice discussions more personally than they take other topics, even when the specific issue under discussion has little to do with them.

Social justice probably inspires so much irritation because, even advocated by a virtually unknown blogger on a social media site, it demands attention and action. Social justice goals require large-scale participation to succeed. People who use non-gendered pronouns and people who identify as something other than “straight,” “lesbian,” “gay,” or “bisexual” want everyone, not just fellow social justice bloggers, to respect the way they identify. People who want the bigotry they face to be recognized implicitly ask for that recognition from everyone who reads their blogs.

Most people don’t like to think about social justice because it’s rarely pleasant to think about. Unless they pause and ask themselves why their initial reaction to reading a social justice Tumblr is so negative, that reaction is likely to remain a superficial annoyance rather than a more nuanced disagreement. It’ll be closer to “This is so dumb” than “I don’t agree with this view because [reason].”

Of course, while important and nuanced social justice discussion can and does happen on Tumblr, most of the examples you see on subreddits like r/TumblrInAction were never meant to engage or educate outsiders. They’re meant to vent about individual struggles and build community among like-minded people, which isn’t that different a goal from the one pursued by many subreddits and other types of communities.

Reading these Tumblrs and calling them “social justice activism” is like overhearing a conversation between a few friends about books they like and calling that “literary criticism.” Mocking such a casual conversation as shallow and non-educational misses the entire point of it. It’s not necessarily there for you; it may be there for the participants.

“But Tumblr is public!” you may retort. That’s true, and the fact that blogs on Tumblr are public is what helps people find each other and connect. (Twitter works similarly.) Just because a blog is viewable by the public doesn’t necessarily mean its intended audience is literally everyone who happens to stumble across it.

There will probably be anti-social justice subreddits as long as there are people who think it’s a good use of their time to ridicule people for caring about things—so, always. But the hope of the targets of that ridicule is that as time goes on, the views expressed by participants in those subreddits will grow more and more marginal, and the views expressed by social justice bloggers will grow less and less so.

Photo via h.koppdelaney/Flickr (CC BY 2.0)